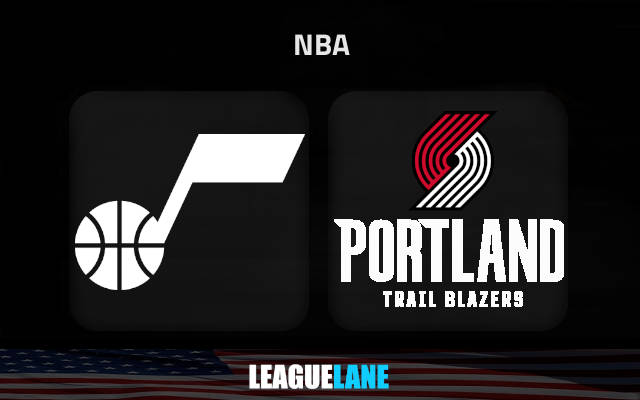 Portland Trail Blazers will be looking to rebound from the loss to the Nets on Saturday evening when they host Utah Jazz at Moda Center.

The Jazz are on a run of three subsequent losses

Utah Jazz will play their back-to-back game on Saturday evening just 24 hours after facing Phoenix Suns on the home floor.

This is a tough spot for the Jazzers who have generally dropped the ball this week after getting off to a splendid start to the season.

Utah have suffered their third successive defeat on Tuesday night when they fell 111-118 at home to New York Knicks.

Will Hardy’s troops have suddenly started to struggle in the offense after a tremendous set of displays at the beginning of the season.

Last but not least, we have to say that the Jazz have offered much better performances at home (5-1) than on the road (5-5) so far in the campaign.

Portland Trail Blazers got unlucky to drop the ball on the home floor against Brooklyn Nets on Thursday night.

Chauncey Billups’ men fought their way to tie the game with seven second remaining and they defended Kevin Durant very well on the final possession but Royce O’Neal tipped the ball back into the basket off of an offensive rebound to secure the victory for Brooklyn with less than a second to go.

Portland are still the Western Conference leaders with a 10-5 record but it was their third home loss in seven games at Moda Center.

The hosts will rely on Utah’s potential fatigue after yesterday’s clash against Phoenix Suns and they deservedly carry the favorites’ tag going into this matchup.

Can Damian Lillard finally produce an excellent shooting evening and score 30+ points for the first time since returning from injury?

Lillard due to shine at Moda Center

Considering this is a back-to-back affair for Utah Jazz, we really like Portland Trail Blazers to bounce back from the recent loss to the Nets. You can back the hosts to win in -3.5 points spread at the odds of -110. We will also take Damian Lillard to score Over 24.5 points at the same -110 odds.