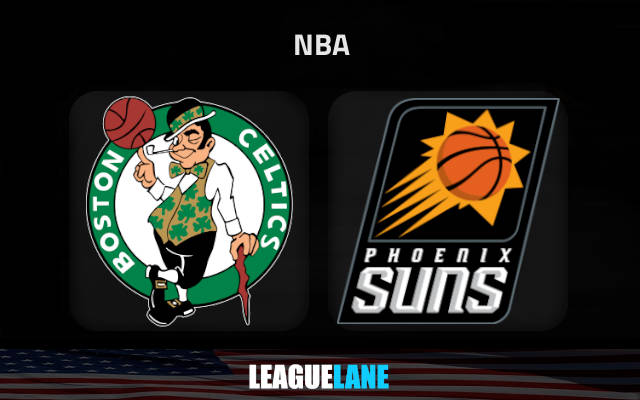 The two best teams in the NBA will lock horns in a mouth-watering spectacle on Wednesday evening as Phoenix Suns host Boston Celtics.

The Celtics are the best team in the league (20-5)

They are still the best team in the league with a 20-5 overall record. Joe Mazzulla’s men won seven of the previous eight games and it is hard not to see them as the favorites on Wednesday against the Suns.

The Celtics own by far the best offensive ratings in the league thanks to stunning efforts by Jayson Tatum, Jaylen Brown, and company night-in, night-out.

Tatum had 31 points and 12 rebounds in the victory over the Raptors two days ago at Scotiabank Arena, while Brown contributed with 22 points, 8 rebounds, and 8 assists.

The Suns shipped 130 points on Monday

Phoenix Suns have been quite impressive themselves since the beginning of the season. Nevertheless, they will come into this match lower on spirits (compared to the rivals) following a run of two losses in the last three matches.

The latest was especially painful. Monty Williams’ men allowed as many as 130 points in a 19-point defeat at the hands of Dallas Mavericks (who lost to Detroit Pistons last week for example).

Williams certainly does have reasons to be worried ahead of this clash because Boston Celtics have much more dangerous firepower on display than the Mavs.

The Suns are 12-2 on the home floor this term but we must say they afforded a defeat to the likes of Houston Rockets at the start of the month.

Tatum to exploit the Suns’ defense

Phoenix Suns are very hard to beat at Footprint Center where they have a 12-2 record this season. However, they are now up against the most lethal offense in the NBA and the team with the strongest overall record in the league.

Also, the Celtics have won seven of the last eight matches despite a tricky schedule. We will back Boston to win in moneyline at the odds of +110. The second pick is Jayson Tatum Over 28.5 points at the same -110 odds.