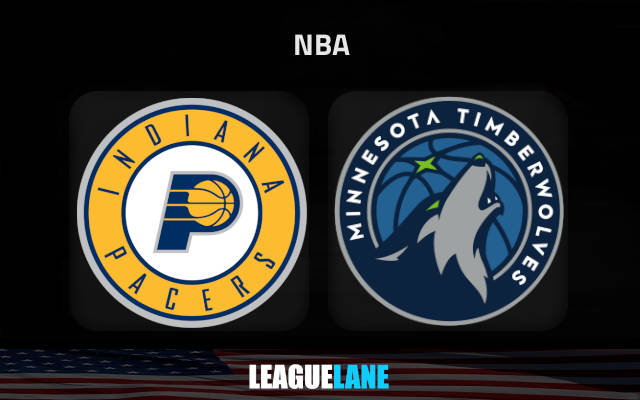 Minnesota Timberwolves will play host to Indiana Pacers on Wednesday evening at Target Center in Minneapolis.

The Pacers stunned the champions on the road on Monday

The Pacers entered the game as heavy underdogs against the reigning champions but the yhave managed to offer the best defensive showing of the campaign and limit them to just 104 points on the occasion.

Steph Curry had a shocker of the evening going 3-for-17 from the field. On the other side, Andrew Nembhard got big by pulling off 31 points, 8 rebounds, and 13 assists in Indiana’s victory.
We also have to mention Buddy Hield with 17 points and 9 rebounds, as well as Jalen Smith who added 15 points and 9 boards two days ago.

Towns and Gobert likely out for the Wolves

Minnesota will enter this tie in a completely opposite mood. They have lost four of the previous five games to drop out of the playoffs picture in the Western Conference standings.

The latest failure came at the weekend when the Wolves allowed 135 points in the home defeat to Oklahoma City Thunder.

Chris Finch has big problems with the lack of meticulousness in his team’s defense. The Timberwolves allowed 135 or more points in three of the previous four losses despite facing the likes of Washington Wizards, Memphis Grizzlies, and Oklahoma City Thunder in the last three matches.

A lot of this has to do with the injury for Karl-Anthony Towns who is likely going to skip this Pacers’ trip. To make things worse, Rudy Gobert spent only nine minutes on the floor on Monday against the Thunder before going off injured.

The Pacers to back up the win over the champs

We see a great chance for Indiana Pacers to back up their huge win over the Warriors as they are about to face the injury-crippled Minnesota Timberwolves side on Wednesday. The Wolves’ defense is almost non-existent without Towns and Gobert. We will thus go with the Pacers’ moneyline at the +100 odds, while you can hardly make a mistake backing the Over 223.5 points at the -110 odds in these circumstances.