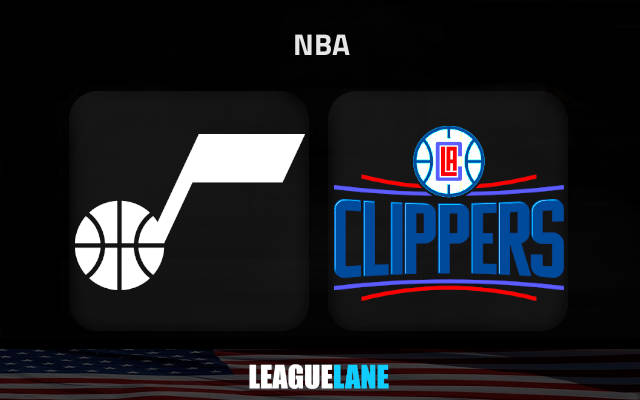 Utah Jazz will travel to Crypto.com Arena to battle Los Angeles Clippers in the last game of Sunday’s NBA program.

Utah Jazz are 6-2 at the start of the season

Utah Jazz are definitely the biggest surprise of the opening couple of weeks in the new NBA season.

The Jazz lost the top three scorers this summer, including stars Donovan Mitchell and Rudy Gobert (the 2x defensive player of the year) and yet they are 6-2 at the beginning of the season.

Utah did end their winning streak on Wednesday night, falling 103-100 to Dallas Mavericks. They are 4-1 in clutch finishes in the matches decided by five or fewer points, though.

Utah are the 9th-best defensive team in the league and they will certainly represent a tough nut to crack for the Clippers who are generally struggling very much in the offense this term.

LA Clippers are the second-worst offense in the country

Something is just not right with the Los Angeles Clippers at the moment. They need some time to adjust to the new rotations according to head coach Tyronn Lue.

Kawhi Leonard is in and out of the team day in-day out, while Paul George is not delivering at the elite levels right now.

The Clippers did manage to arrest the slump in form and climb to a .500 record thanks to two straight wins over Houston Rockets (one of the worst teams in the league).

However, they did not look great offensively even against the Rockets. LA are currently the second-worst team in the league in the offensive ratings, scoring just 101.9 points per match this term.

They had a tough away outing against San Antonio Spurs on Friday night and it will be very interesting to see whether Leonard will be on the floor at all here against the Jazz.

As odd as it sounds, we see Utah Jazz as the favorites on the road against LA Clippers. Of course, the sportsbooks do not share our opinion but we simply have to go with the form and with what we saw in the opening two weeks of the season.

You can back the Jazz moneyline at the +145 odds, while the Under 218.5 points also looks as a decent betting option at the -110 odds.