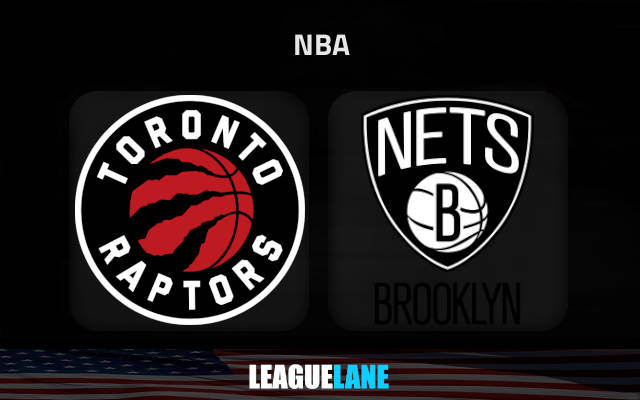 Toronto Raptors will be searching for revenge on Friday evening when they visit Barclays Center for another clash against Brooklyn Nets.

Siakam is back for the Raptors

Toronto Raptors will continue their tough schedule with the clash against Atlantic Division rivals Brooklyn Nets on the road on Friday evening.

The Raptors have been in good form lately, beating the likes of Dallas Mavericks and Cleveland Cavaliers before the match against New Orleans Pelicans on Wednesday.

The mentioned wins moved Nick Nurse’s squad above .500 record. The good news for Toronto is that their best player Pascal Siakam has successfully recovered from injury.

The Cameroonian star completed a double-double in the 100-88 win over the Cavaliers on Monday.

Brooklyn Nets have had turbulent offseason and start to the regular season but they seem to have found at least some sort of chemistry in the recent games.

The Nets improved to a .500 record (11-11) thanks to a run of three wins in the last four games. To be fair, they did have a somewhat easier schedule with the outings against the likes of the Blazers and the Magic in the process.

We have to say that this thread also includes an impressive showing in the 98-112 road victory over Toronto Raptors in the reverse game between these two sides on Canadian soil.

Kevin Durant is at his usual best these days, while we have to mention the likes of Kyrie Irving (20 pts against the Magic on Monday) and Nicolas Claxton (17 points and 13 rebounds four days ago).

Both outfits have been fantastic defensively in the recent matches

Brooklyn Nets stunned Toronto Raptors in the reverse game last week on Canadian soil. They will, however, face a tougher challenge this time around since Siakam has returned to the Raptors’ roster from injury.

Anyways, we expect a tight affair here. Both teams have done great defensively in the recent matches and the Under 217.5 points will be our main betting option at the -110 odds. You can also take the Raptors’ moneyline at the +100 odds.