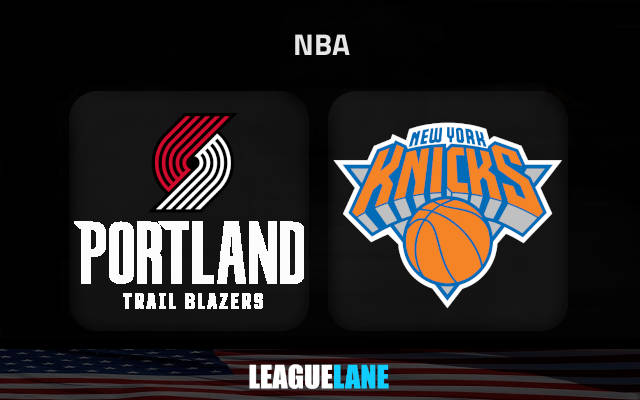 New York Knicks are hoping to move above .500 on Friday evening when they host Portland Trail Blazers at Madison Square Garden.

The Blazers are on a four-loss run

Portland Trail Blazers continued to struggle without Damian Lillard on Wednesday evening when they fell 114-96 away at Cleveland Cavaliers.

It was pretty much a one-way street from the first to the last second of the game. The Cavs won all four quarters and claimed a comfortable victory in front of the home fans.

Jusuf Nurkic was the best Blazer with 22 points and 6 rebounds which says enough about the team’s offensive showing. Anfernee Simons was 6-for-19 from the field. It is, however, worth mentioning Josh Hart who ended the game with nine assists.

Portland have ruined a promising start to the season with four subsequent defeats. They will enter this tie as underdogs, too.

New York Knicks will enter this match in much higher spirits. They dispatched Oklahoma City Thunder 119-129 on the road in their previous action on Monday.

It was a massive improvement for Tom Thibodeau’s men after a tough defeat at the hands of Phoenix Suns at Footprint Center.

Jalen Brunson stole the show with 34 points and 9 assists, going 14-for-20 from the floor. R.J. Barrett added 25 points and 8 boards, while Julius Randle completed a double-double with 25 points and 11 rebounds.

The Knicks are now 9-9 for the season and they currently share the second place in the Atlantic Division standings with the likes of Toronto Raptors and Philadelphia 76ers.

The Blazers are struggling without Dame

New York Knicks will come into this in much higher spirits. They had a four-day rest unlike the Blazers who have been in action twice since Monday. Portland are still without their best player Damian Lillard and we have no other option but to back the Knicks to win in -5 points at the -110 odds. We’ll also take the Over 225 points bet at the same -110 odds since both teams are in the bottom half of the defensive ratings this season.