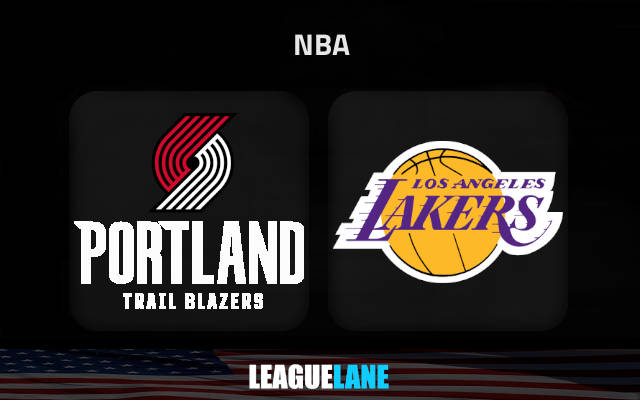 The Blazers lost five of the last six games

They are now on the road, taking on the Lakers in the last game of Wednesday’s NBA slate at Crypto.com Arena.

Chauncey Billups’ men were the Western Conference leaders ten days ago. However, Damian Lillard’s injury messed up their season as the team fell to sixth place in the conference with a run of five losses in the last six outings.

They have suffered two losses to Brooklyn Nets in the process, including the weekend’s 111-97 defeat at Barclays Center.

Utah Jazz are on a five-loss thread

Los Angeles Lakers have slowly started to recover from a dreadful start to the season. However, they have injury problems of their own, namely with the two main players LeBron James and Anthony Davis.

Neither of them look to be at their very best these days. James only had 21 points on an 8-for-22 shooting on Monday.

The Lakers struggle offensively this season. They are still inside the bottom-three teams in the whole league in offensive ratings despite scoring 143 points past the Spurs at the weekend.

This is a tough back-to-back tie for Portland

This is the clash between two Western Conference strugglers. Neither team screams confidence at the moment. Nevertheless, we lean more towards the Lakers because of Portland’s difficult match against the Clippers last night. These two teams met each other at the start of the season when the Blazers celebrated a 104-106 win at Crypto.com Arena. The time has come for revenge and we will take the Lakers’ moneyline at the -110 odds. Alternatively, we will take the Under 216.5 points at the same -110 odds.