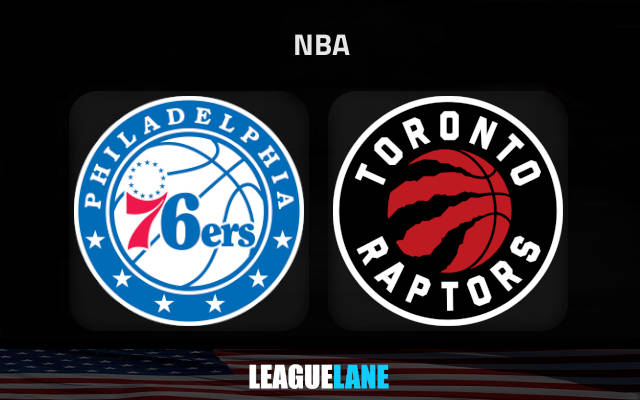 Toronto Raptors host Philadelphia 76ers in the replay of the last season’s Eastern Conference 1st round playoffs on Wednesday evening.

Toronto Raptors got revenge on Miami Heat by beating them in the second game of their double-header.

The Canadian outfit are now 2-2 for the season and they will be looking to back up this fantastic defensive showing from the second outing against the Heat on Wednesday night when they take on Philadelphia 76ers in another thrilling Eastern Conference matchup.

This will be the fourth consecutive away game for the Raptors who have limited the Heat to just 90 points two days ago.

They got the win despite a dismal shooting evening from their top scorers. Fred VanVleet was 6-for-16, Pascal Siakam 7-for-22, and Gary Trent 7-for-19 from the floor on the occasion.

The fact they have won by eight points against the likes of the Heat on the road with these shooting numbers is fascinating.

The 76ers finally got their first win of the season

They are now 1-3 this term but they will face a tough challenge here against the Raptors who will enter the tie in much higher spirits.

Phila have generally been struggling on the offensive end in the opening three outings despite having a very strong potential with the likes of Joel Embiid and James Harden in the roster.

This duo enjoyed a decent night on Monday, scoring 26 and 29 points apiece. The best part for the head coach was the fact they did not spend too many balls.

In fact, the whole 76ers team made only seven turnovers on Monday. If they can limit these to a single-digit number here against Toronto, they might just have a chance to get the second win on the spin.

Phila will struggle versus the Raptors’ stubborn defense

James Harden and Joel Embiid are obviously not yet at their 100% at the moment. In these circumstances, they may struggle to get things going here against a stern defense of Toronto’s. We will take the hosts’ moneyline at the -110 odds, while the alternative pick would be Under 209.5 points at the same -110 odds.