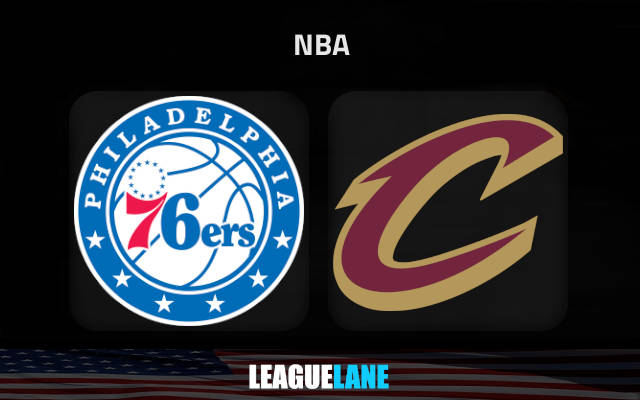 Cleveland Cavaliers will be hoping to extend their fine run on Wednesday night when they host Philadelphia 76ers.

The 76ers are very strong defensively at the moment

Philadelphia 76ers will be searching for their fourth subsequent victory on Wednesday evening when they travel to Rocket Mortgage FieldHouse to take on Eastern Conference rivals Cleveland Cavaliers.

The 76ers are doing great despite not having James Harden in the roster (injury). Joel Embiid, Tobias Harris, and Shake Milton led the team to the important victory over Atlanta Hawks on Monday night.

Embiid continued his excellent spell of form with 30 points, 8 boards, and 7 assists. Milton contributed with 5 rebounds and 7 assists, while Harris completed a double-double of 24 points and 10 rebounds.

Doc Rivers’ men have the third-best defensive ratings in the league and they have allowed 103 or fewer points in each of the last three matches.

Phila’s strong defense will represent a big test for Cleveland’s offense on Wednesday, especially after the Cavaliers’ poor display in the 100-88 defeat at Toronto Raptors on Monday night.

It was the second loss in the previous three outings for the Cavaliers. Donovan Mitchell was surprisingly bad with 3-for-11 shooting from the field and only eight points scored in the game.

The Cavs had only two men with double-digit numbers two days ago, Darius Garland and Evan Mobley, each of whom notched 18 points on the occasion.

We must mention Mobley’s impressive 15 rebounds as well. Garland generally had a decent game going 7-for-11 from the floor and delivering 10 assists on top.

Philadelphia to take advantage of the momentum

Philadelphia 76ers will enter this match in much higher spirits. The problem for them is the fact Cleveland are 8-1 on the home floor this season. Nevertheless, we still expect Embiid and company to maintain their fine spell of form and take advantage of the Cavs’ weaker offensive performances in the recent games. The main bet is Sixers to win in moneyline at the +105 odds, while you can also go with the Under 211.5 points pick at the -110 odds.