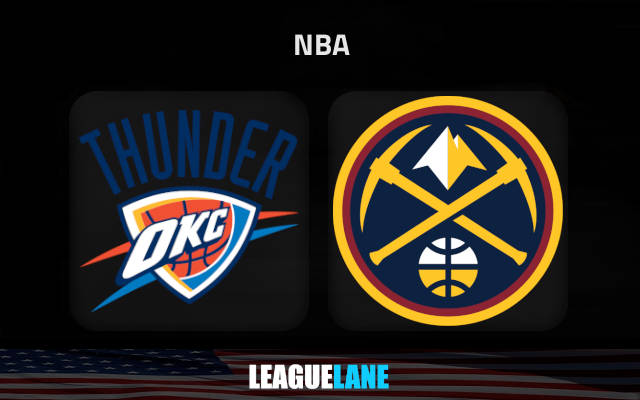 The young core of the Thunder need time to figure out their defensive strategy, while the Nuggets are just turning into a platform for Nikola Jokic to balloon his stats. We are in line to see plenty of buckets at the Ball Arena.

The Denver Nuggets and their Jokic Issue

It is true that Nikola Jokic is the two-time reigning MVP. But so far what has come from that? Not once has he been able to lead the team into at least a Conference Final, let alone a title.

And the last time around they were bundled out of the playoffs in the First Round itself.

What exactly is the problem the team is facing? Jokic is by no means a selfish player who pads his stats. He is one of a kind, and he gives his all to the team as well.

The problem is that the Nuggets have grown too dependent on him, and they want the Serbian giant to come rescue them every time they run into a wall.

And this has transpired to Jokic delivering some mesmerizing stats, but sadly he is unable to convert it into wins for his squad.

The Thunder and their boatload of draft picks

It is no secret that Oklahoma has grown a liking for draft picks in return for transfers. So much so that they have one of the youngest rosters in the league, and they practically could have the cream of the crop from the next ten drafts possibly.

But where they have failed is – they fail to take into account the present. They plan so much into the future, that they mortgage their present for that.

Defense is practically non-existent for the team, and it can be seen in most of their recent score lines as well.

Both teams let in 115+ points in their season-openers

Nuggets lost 123-102 to the Utah Jazz in their first game of the season, while Oklahoma lost 115-108 against the Timberwolves.

It is only logical to expect some buckets to rain this weekend as well, considering the weak defenses on either side.