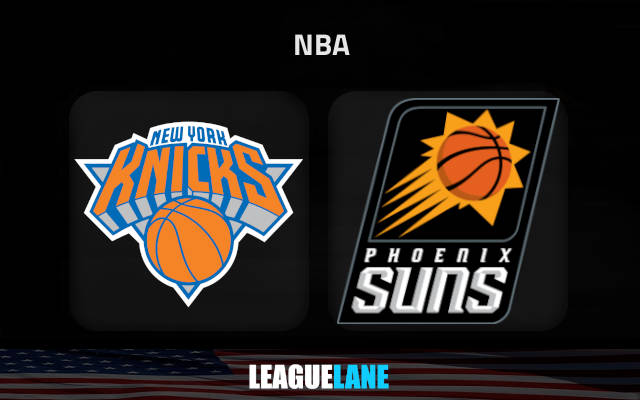 Phoenix Suns will be looking to continue their exquisite home form on Sunday afternoon when they host New York Knicks at Footprint Center.

The Knicks have improved their defense in the recent games

New York Knicks will continue their Western Conference road trip on Sunday afternoon when they take on Phoenix Suns in the first game of the day.

The Knicks have been very successful in the road clashes against Western Conference sides, beating both Utah Jazz and Denver Nuggets before Friday’s affair against Golden State Warriors.

It is very hard to read into Tom Thibodeau’s team this season. They look capable of beating any team in the world on their day but can at the same time lose to any NBA outfit without any problems.

This is, after all, why the Knicks are at an 8-7 record so far in the season. Nevertheless, what we did notice and what is worth mentioning in particular is the fact that New York seem to have improved their defensive performances of late.

The Suns are a force in their own backyard

Much like the Knicks, Phoenix Suns lacked consistency so far in the season. The Suns went onto a rollercoaster ride in the last couple of weeks.

Monty Williams’ men are still Pacific Division leaders but have 5 defeats in 14 games so far in the campaign.

Nonetheless, Phoenix are a different beast when they play in front of the home crowd at Footprint Center.

The Suns are 7-1 on the home floor this season. They confirmed the amazing home form with yet another stunning display on Wednesday night, bagging 130 points in the win over reigning champions Golden State Warriors.

The fact they have done it without the main playmaker Chris Paul in the roster is even more impressive. The team’s top assister could get back in the squad just in time for this clash against the Knicks.

Phoenix Suns are 7-1 on the home floor this term

Phoenix Suns are firing on all cylinders when they play at Footprint Center. They demolished the Warriors 130-119 in the recent home affair. Considering this is the fourth straight road match for the Knicks in a short time span, we really fancy the Suns to shine once again in front of the home fans. You can back Phoenix to win in -6 points at the -110 odds, while their main star Devin Booker is also worth backing to score more than 27.5 points at the same -110 odds.