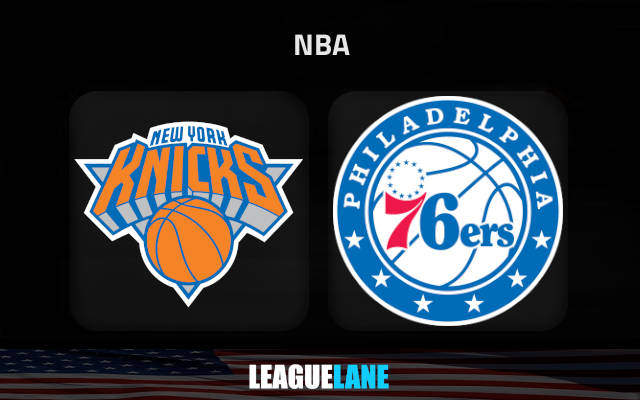 New York Knicks and Philadelphia 76ers will be hoping to rebound from the recent defeats on Friday night when they come across each other.

The Knicks are on a three-loss run

While the road losses to the likes of the Bucks and the Cavaliers were kind of expected, the home failure against the Hawks in a match in which the Knicks failed to score 100 points, certainly did come as a surprise.

New York should offer a better offensive display here against the 76ers who have been struggling defensively but we are now worried regarding their defensive numbers since Tom Thibodeau’s men allowed at least 112 points in each of the previous three matches.

If the Knicks want to get a result here, they will need a big shooting evening from the likes of R.J. Barrett and Julius Randle.

Philadelphia are hoping to have Embiid ready for Friday

If the Knicks’ defeat to the Hawks was a surprise, what should we say for Philadelphia’s home loss to Washington Wizards on Wednesday?

The 76ers struggled badly without their star man Joel Embiid who skipped the game through illness. Embiid should be ready to return to the floor in this important affair against division rivals.

Philadelphia continued to struggle defensively, though, and this is a big issue for head coach Doc Rivers. The Sixers own the worst transition defense in the nation.

The outfits have a whopping 142.9 offensive rating when they run against the 76ers. This is why Rivers started to give more minutes to Matisse Thybulle of late.

The loss to the Wizards will surely affect the team’s confidence but the potential return of Embiid will boost Philly’s chances here.

Both outfits are struggling defensively

This is the clash between two teams who are struggling defensively. Philadelphia 76ers shipped 121 points at home to the Wizards two days ago, while the Knicks allowed at least 112 points in each of the previous three games.