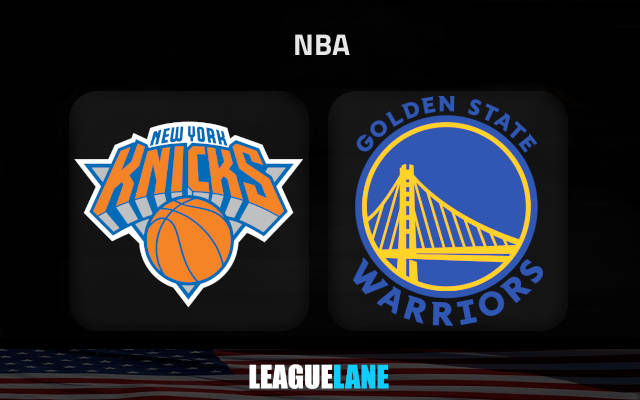 New York Knicks will be searching for their third consecutive road win on Friday evening when they take on Golden State Warriors.

New York Knicks continued their rollercoaster campaign in this NBA season with the surprising back-to-back road wins over Utah Jazz and Denver Nuggets.

The Knicks will continue their road trip with the third game in the last four days on Friday evening when they take on defending champions Golden State Warriors away at Chase Center.

Head coach Tom Thibodeau was thrilled to see his men offering an amazing defensive showing in the final quarter of Wednesday’s game against Denver in Mile High City.

The Knicks limited the Nuggets to just 19 points in the final quarter to win by three points at Ball Arena. Julius Randle was the hero with 34 points and 11 assists.

The Warriors are 6-1 at home

Golden State Warriors continued with their dismal campaign with another tough defeat on Wednesday evening.

The reigning champions suffered a 130-119 away loss at Phoenix Suns to extend their winless thread on travels to eight successive games.

While they are 0-8 on the road this season, Steve Kerr’s men are 6-1 in the home matches and they deservedly carry the favorites’ tag here against the Knicks.

Golden State demolished San Antonio Spurs 132-95 in their previous home match. They finally have all stars available, including Klay Thompson who had another disappointing shooting night on Wednesday at Footprint Center.We must, however, mention Steph Curry and his 50-pointer two days ago.

Golden State Warriors may have had a dreadful opening to the season but they are still 6-1 in the matches at Chase Center. It is very hard not to see them as the clear favorites here against the Knicks who will play their third road game in the last four days here. We will take the Warriors to win in -5 points at the -110 odds, while you can also back Klay Thomspon Over 17.5 points at the same -110 odds.