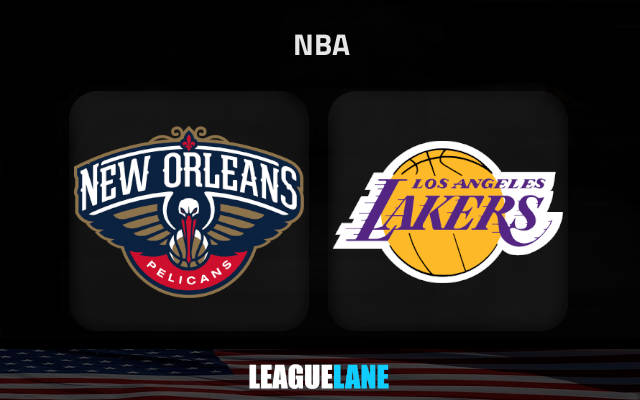 Los Angeles Lakers will be looking to back up the win over the Nuggets as they host New Orleans Pelicans on Wednesday night.

New Orleans Pelicans successfully passed the first trip to Crypto.com Arena on Sunday afternoon when they dispatched Los Angeles Clippers 91-112 on the road.

It was a fantastic defensive effort from the Pelicans who limited the talented (yet out-of-form) Clippers’ offense to just 91 points on the road at the weekend.

New Orleans are now 4-2 on the season and they have a nice opportunity to back this win up with another clash at Crypto.com Arena, this time versus the struggling Los Angeles Lakers.

The Pelicans will once again likely be without Brandon Ingram (head injury) but the good news is that Zion Williamson is healthy. Zion pulled off a strong performance in the mentioned victory over the Clippers three days ago.

The Lakers finally managed their inaugural win of the season

Los Angeles Lakers finally managed to arrest the horrendous streak at the beginning of the season by beating Denver Nuggets on Sunday evening.

LeBron James and Anthony Davis led the Lakers to their maiden win of the season with 26 and 23 points respectively. We have to add Davis’ 15 rebounds and an improved defensive performance on the occasion.

The Lakers still have a mountain to climb to fix the dreadful start to the season. However, despite a 1-5 record, we have to mention that the Lakers are sky-high second in the league in points allowed per game.

They are conceding only 104.7 points per match this term and it will be very interesting to see whether they can shut down Zion Williamson, C.J. McCollum, and company on Wednesday evening.

The Lakers to back up the weekend’s win

The Lakers have the momentum after snatching the first win of the campaign and we expect the crowd to show up and make the difference in their favor on Wednesday night as well.

Under these circumstances, we like the home win moneyline at the +100 odds. You can alternatively back the Under 224.5 points at the -110 odds.