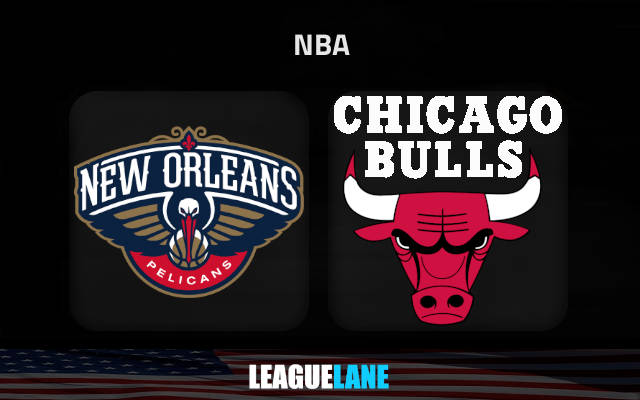 Chicago Bulls will be hoping to make it two wins on the spin at home on Wednesday when they take on New Orleans Pelicans.

New Orleans Pelicans continued to struggle defensively on Monday as they allowed 129 points in the road defeat to Indiana Pacers.

It was only their second loss in the regular time this term, but the one which dropped thjeir overall record to .500 (5-5).

The Pelicans are now up against Chicago Bulls on the road which should represent a very tough matchup for them, especially following Chicago’s impressive display in the win over Toronto Raptors on Monday.

The only good news for the Pelicans was the return of Brandon Ingram who notched 29 points and added 6 rebounds in the mentioned defeat to the Pacers.

C.J. McCollum had another mediocre game, logging in with just 9 points and a 3-for-11 shooting on the evening.

Chicago Bulls have been playing hot and cold since the beginning of the season. It is hard to explain their runs of form and some of the results they were getting so far in the campaign.

Nonetheless, Chicago bounced back in the best possible fashion on Monday, beating Toronto Raptors 111-97 on the home floor.

Interestingly, it was another game in which DeRozan went quiet, scoring just 9 points and taking only 6 shots in total in 35 minutes.

Zach LaVine was not as quiet, though, notching 30 points on an 11-for-20 shooting evening, while Nikola Vucevic logged in with a nice double-double of 15 points and 13 rebounds.

The Bulls to back up the win over Toronto

The value is great with the Bulls here knowing they will go into this tie in much higher spirits. They have so many ways in which they can exploit the leaky Pelicans’ defense. We see great value in backing Chicago’s moneyline at the +112 odds.