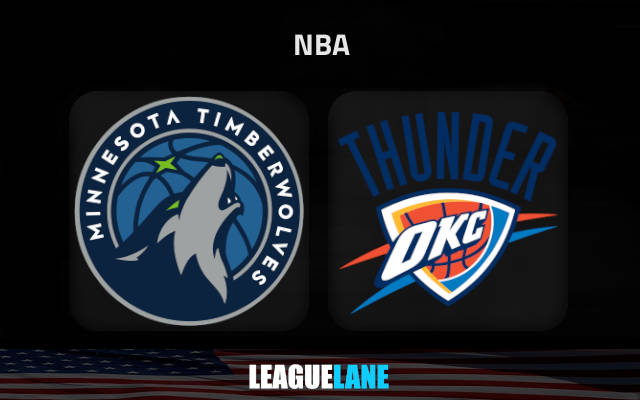 Minnesota Timberwolves and Oklahoma City Thunder meet each other for the second time this season on Sunday evening.

Can Towns and Gobert work together?

Minnesota Timberwolves found a way to get past Oklahoma City Thunder in their season opener although it was anything but a one-way street for them.

The NBA fans were keen to see the new Timberwolves’ Tower as Rudy Gobert joined Karl-Anthony Towns in the offseason.

Nevertheless, the two big men did not look great during the periods when these two were together on the court.

This is something the head coach needs to think about ahead of the season. Luckily for Minnesota, they have a pretty much easy schedule in the first couple of weeks.

It certainly includes this new match against Oklahoma City Thunder, the one in which the visitors enter as pretty big favorites once again.

Gilgeous-Alexander the lone offensive option for the Thunder

Oklahoma City Thunder were surprisingly among the best defenses in the whole NBA in the preseason.

They went 3-1 against the NBA teams in the offseason and they translated this form into the season-opening affair, showing a great resistance in the narrow loss to the Timberwolves.

The problem for this team, however, lies at the opposite end of the floor. Oklahoma City Thunder do not have genuine offensive options outside of Shai Gilgeous-Alexander.

Gilgeous-Alexander was by far their best player on Wednesday night as well despite entering the match with a slight injury woe.

The Canadian bagged 32 points at the end and also contributed with 6 rebounds and 5 assists. The fact that the next top scorer for the Thunder was Josh Giddey with 14 points says enough.

Can someone else wake up for Oklahoma City offensively or will their performance rely exclusively on Gilgeous-Alexander?

The Under is the way to go here

Minnesota Timberwolves struggled to get the win on the opening day but we expect them to be able to close this one out easier after a couple of matches in the regular season.

Anyways, the bet we are particularly interested in for this match is the Under 225.5 points at the -110 odds. Do not forget that the Thunder were among the best defensive teams in the preseason.

Since Oklahoma City rely heavily on Gilgeous-Alexander, we will back the Canadian to score more than 23.5 points here at the odds of -110.