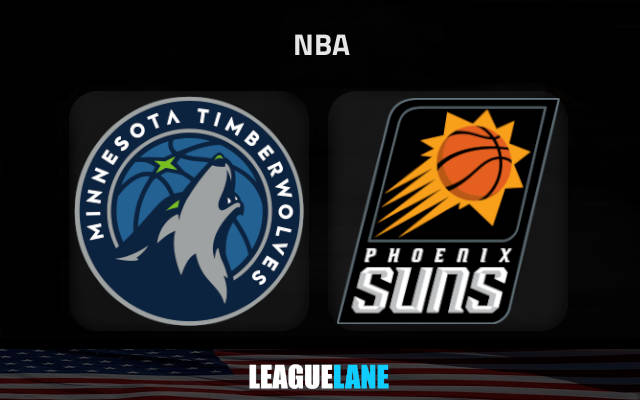 Phoenix Suns will be looking to prolong their winning thread on Tuesday night when they host Minnesota Timberwolves.

Minnesota Timberwolves suffered their third defeat of the season on Sunday evening, falling 107-98 away at San Antonio Spurs.

The Wolves are now 4-3 this term and they have ruined their offensive ratings by scoring fewer than 100 points for the first time this season two days ago.

It was indeed a dismal offensive showing from Minnesota who have failed to score more than 24 points in any of the opening three quarters.

Karl-Anthony Towns was 1-for-7 from the three-point line. Interestingly, Minnesota made only four 3-point shots despite firing 29 attempts. D’Angelo Russell was 0-for-7 from downtown on the occasion.

Minnesota will thus need to rely heavily on defense on Tuesday, especially since they are up against one of the deadliest offensive teams in the nation on the road.

The Suns are fantastic at both ends of the floor

Phoenix Suns look really impressive at the beginning of the season. They top the Pacific Division with a 5-1 record after the opening six outings.

The team’s lone defeat came after overtime (113-111) away at Portland Trail Blazers in a match in which Damian Lillard fired 41 points.

The Suns are inside the top-four in the NBA in both offensive and defensive ratings and they are among the most impressive teams in the league overall after the inaugural two weeks of action.

The latest win was an easy one in the home outing against struggling Houston Rockets on Sunday evening.

Devin Booker was phenomenal once again with 30 points and 6 assist (despite going 1-for-7 from the three-point line), while Chris Paul bagged as many as 15 assist on the occasion.

The Suns to keep cruising at Footprint Center

We sincerely doubt the Wolves can do much to threaten one of the two best teams in the league right now, especially since the game is played at Footprint Center. We will take the Suns to win in -6 points as the main betting option at the -110 odds, while we also like the Under 231.5 points pick at the -110 odds knowing how good both outfits are defensively these days.