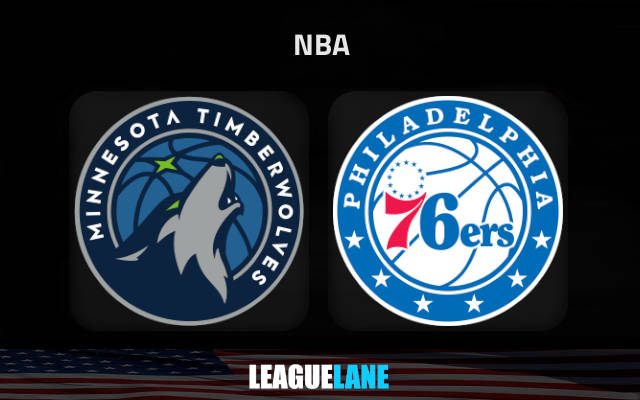 Minnesota Timberwolves will be searching for their third successive win on Saturday evening when they take on Philadelphia 76ers.

The Timberwolves are firing on the offensive end

Minnesota Timberwolves will travel to Wells Fargo Center in the highest of spirits after impressive offensive showings in the back-to-back wins over Cleveland Cavaliers and Orlando Magic.

The Wolves scored 129 and 126 points respectively in these wins. Head coach Chris Finch seems to have found the adequate formula for getting the most out of his talented roster.

Anthony Edwards and Karl-Anthony Towns combined for 65 points on Wednesday evening when the Wolves stormed past the Magic on the road.

Minnesota play excellent team basketball these days. They had three men with 5+ assists in the previous game, including D’Angelo Russell, Towns, and Edwards.

The 76ers could struggle in a back-to-back match

Minnesota offered an amazing team offense in their recent games, but Philadelphia had a man who scored 59 points on Sunday.

Joel Embiid came up with a statement display in the home win over Utah Jazz six days ago. He had 59 points, 11 rebounds, 8 assists, and 7 blocks on the occasion (20-for-24 from the free-throw line).

The French center thus helped his team record the third win in the last four matches on the occasion.

Embiid needs to take more responsibility now when James Harden is sidelined through injury. Minnesota’s visit will, however, represent a very tough challenge for him considering this is a back-to-back affair for the 76ers.

Also, Minnesota probably have the best center line in the league with Rudy Gobert and Karl-Anthony Towns.

The Wolves are red-hot at the moment

Philadelphia 76ers already have a shorter rotation with the absence of James Harden. They are now set to play an in-form Minnesota Timberwolves side just 24 hours after the even tougher home outing against Phoenix Suns. We can definitely see the value in backing Minnesota’s moneyline at the +145 odds here. You can alternatively back in-form Anthony Edwards Over 21.5 points at the -110 odds.