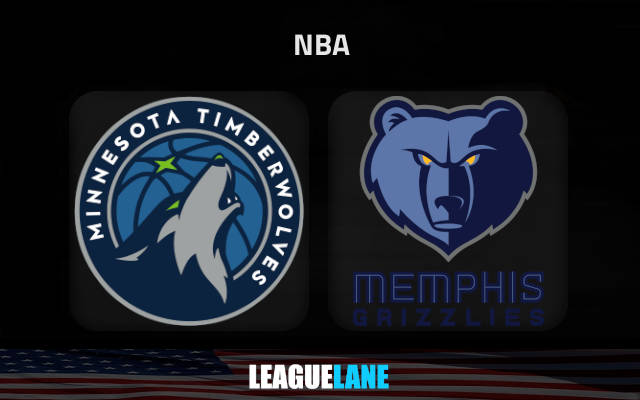 Memphis Grizzlies will be looking to continue their hot run of form with a win in the home tie against Minnesota Timberwolves on Friday.

The Wolves shipped 129 points at home on Wednesday

The Wolves lost four of the last five matches, including the 117-129 failure on the home floor against Phoenix Suns on Wednesday evening.

Chris Finch can be worried about his team’s recent defensive performances in particular. The Timberwolves have allowed at least 115 points in each of the last five games.

They are now 14th in the league’s defensive ratings and the number could even get worse after this match against the in-form Grizzlies.

Offensively, Anthony Edwards and Karl-Anthony Towns were very quiet against the Suns, scoring 11 points apiece in the home defeat.

The Grizzlies are atop the Southwest Division

Memphis Grizzlies bounced back from the narrow home loss to Boston Celtics by beating San Antonio Spurs 122-124 after overtime on Wednesday.

It was yet another strong offensive showdown from the Grizzlies who are the 7th team in the league in offensive ratings this season.

Memphis won four of the last five matches and are currently at the very top of the Southwest Division with an impressive 8-4 record.

Desmond Bane has joined Ja Morant in the offense after a somewhat slower start to the season. Bane and Morant had 32 points each in the mentioned win two days ago at AT&T Center.

We also have to mention former OKC center Steven Adams who contributed to the latest victory with as many as 19 rebounds.

Morant & Bane should have too much for the Wolves

Memphis Grizzlies will come into this tie in much higher spirits after winning four of the last five games. Bane and Morant should have too much for the weak and leaky Minnesota defense on Friday and we are more than happy to take the Grizzlies -4 points spread at the -110 odds here. Alternatively, the value is great with Desmond Bane to score Over 21.5 points at the same -110 odds.