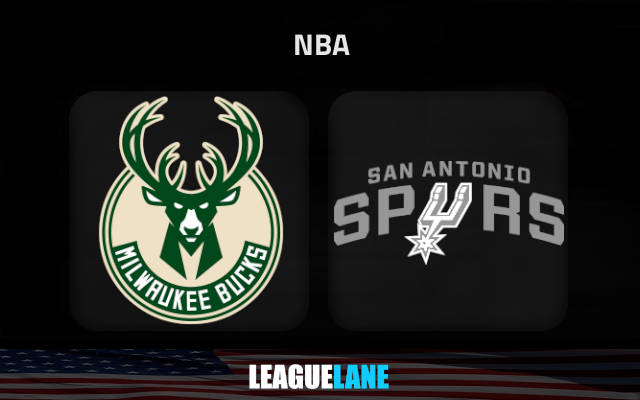 San Antonio Spurs will be hoping to terminate a five-loss streak on Friday evening when they play host to Milwaukee Bucks at AT&T Center.

The Bucks won even without Giannis on Wednesday

Mike Budenholzer was forced to play without his main players as Giannis Antetokounmpo joined long-term absentee Khris Middleton on the list of sidelined stars.

However, the Bucks still managed to survive such a big test namely thanks to great efforts from Jevon Carter and Brook Lopez.

The former had the best performance of the season with 36 points and 12 assists, while the latter contributed with 24 points and 13 rebounds, followed with another tremendous defensive effort.

The Bucks are still the best team in the league, this time with a 10-1 record. They will go into this matchup against San Antonio Spurs as the favorites despite Antetokounmpo’s status.

The Spurs are on a five-loss thread

San Antonio Spurs opened the season in a solid fashion but they are currently on a horrendous run of form with five consecutive defeats.

The latest came two days ago at home against Memphis Grizzlies after overtime. The Spurs have issues at both ends of the floor and Gregg Popovich will quickly need to figure something out if he wants to keep his team at least in hopes of a play-in game.

The Spurs have scored fewer than 110 points in five subsequent outings before managing 122 in the mentioned overtime loss to the Grizzlies.

They are also on a streak of four consecutive defeats in front of the home fans. The match against the best team in the league is certainly not the best opportunity for making amends.

A lot, including the odds, will depend on whether Giannis Antetokounmpo will be ready to feature on Friday night. However, we will stick to the visitors and back them to dispatch the team with five straight defeats by at least 6.5 points difference at the odds of -110. We will also take in-form Brook Lopez to score Over 17.5 points at the same -110 odds.