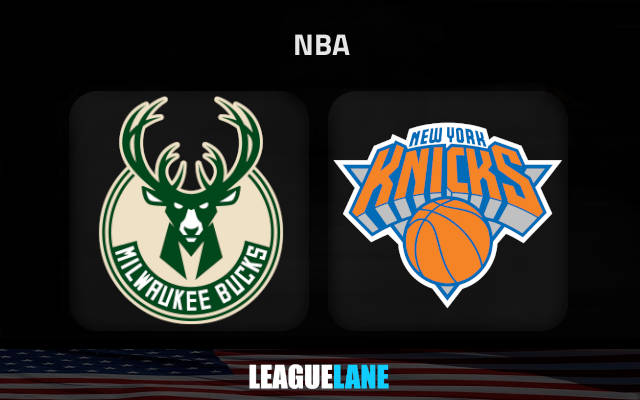 Milwaukee Bucks will be looking to extend their winning streak on Wednesday evening against New York Knicks at Madison Square Garden.

The Bucks are on another winning thread

Milwaukee Bucks survived a couple of tough tests in the last two games, clinching back-to-back wins over Cleveland Cavaliers and Dallas Mavericks at their Fiserv Forum.

Head coach Mike Budenholzer can be thrilled with the improvements in his team’s offensive displays since Milwaukee bagged 117 and 124 points in these two outings respectively.

The Bucks still have the best defensive ratings in the entire league and they will be big favorites here against the Knicks who are near the bottom of the competition in this parameter.

Giannis Antetokounmpo completed another double-double with 30 points and 11 rebounds on Sunday night against the Mavericks.

The Knicks lost four of the last five outings

New York Knicks dropped to the very foot of the Atlantic Division standings after a run off our losses in the previous five games.

The latest defeat came on Sunday evening at home to Memphis Grizzlies. Head coach Tom Thibodeau obviously has huge problems with the lack of meticulousness in his team’s defense.

The Knicks are among the five worst defensive teams in the league right now. They have conceded 132 and 127 points in the previous two losses to the likes of Portland Trail Blazers and Memphis Grizzlies.

To make things worse for the hosts, they had an away clash against Detroit Pistons last night, meaning this will be a back-to-back affair for them.

The gulf in quality between these two teams is huge at the moment. The Knicks are struggling badly defensively and this is going to be a back-to-back game for them.

We just can’t see how Thibodeau’s men will stop Giannis on Wednesday. We will thus back the Bucks to win in -6 points as the main pick, while you can alternatively take Giannis Antetokounmpo Over 31.5 points at the -110 odds.