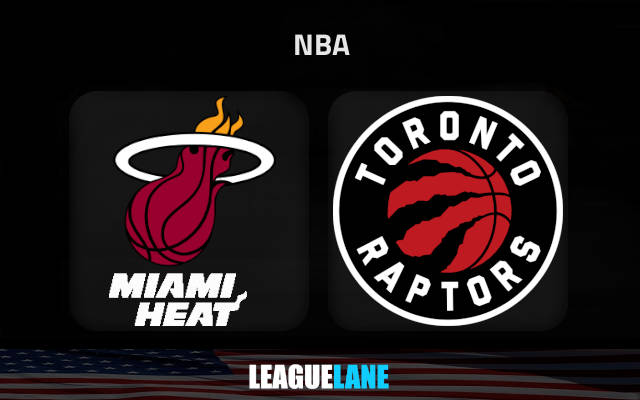 Toronto Raptors will try and maintain a strong home record on Wednesday evening when they take on Miami Heat at Scotiabank Arena.

Seven Heat players had double-digits on Monday vs the Suns

Miami Heat continued their winning thread to make it three wins on the trot on Monday evening when they dispatched Phoenix Suns by a single-point margin.

Bam Adebayo led the Heat with 30 points and 10 boards, while seven of the team’s eight players in the rotation managed to register double-digit numbers.

Jimmy Butler flirted with the triple-double with 16 points, 13 rebounds, and 7 assists, while Kyle Lowry contributed with 15 points and 6 assists.

Erik Spoelstra will be hoping to have Tyler Herro back in the roster for this big Eastern Conference matchup against Toronto Raptors.

Siakam and VanVleet questionable for the hosts

Toronto Raptors finally managed to get something on the road on Monday, beating Detroit Pistons 111-115 to end a two-loss run.

The Raptors almost blew a double-digit lead with a poor display in the final quarter against the Pistons but they managed to hold on and eventually grab a precious victory.

The win was even greater if we know they have secured it without the likes of Fred VanVleet and Pascal Siakam, two strong offensive options.

Both players’ status is still questionable ahead of the home tie against the Heat. Nevertheless, we can’t underestimate the Raptors’ chances regardless of the injury status knowing they have won five of six games on the home floor this term.

Also, Toronto’s defense did not look good at all in the recent matches. Nick Nurse’s men won only two of the last five games and these victories have come against the likes of Houston and Detroit.

The value with the Heat at plus odds

This is a very tough game to call. Miami Heat will come into the match in higher spirits after a three-win streak. However, the Raptors have lost just one of six home outings this term. Knowing the likes of Siakam and VanVleet are questionable for the hosts, we will back Miami Heat to win at the +110 odds. We also like Bam Adebayo Over 19.5 points at the -110 odds knowing he has just notched 30 past the Suns on Monday.