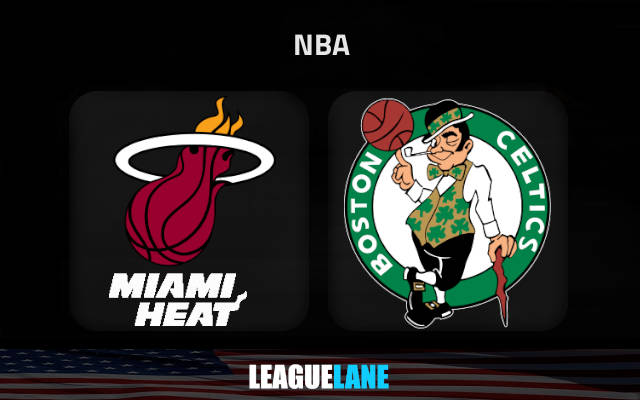 Boston Celtics host Miami Heat on Friday evening as the two teams take on each other for the second time in the last three days at TD Garden.

Miami Heat will take on the Eastern Conference leaders Boston Celtics for the second time in the last three days on Friday evening at TD Garden.

The Heat have had big issues with injuries since the beginning of the season but they have still managed to keep their overall record close to .500.

Miami rely heavily on defense in the absence of Jimmy Butler. Victor Oladipo is yet to make his maiden appearance this season (still out through injury), while Tyler Herro also had problems with an injury of his own following the game against the Hawks last weekend.

Speaking of that match, the Heat limited Atlanta to just 98 points to break into the top-10 in the country in defensive ratings for the season.

They are obviously now once again up against the league’s best offensive unit and it will be very interesting to see how Spoelstra’s men are going to slow Jayson Tatum down here.

The Celtics are almost impeccable at home this season

Boston Celtics are the best team in the league this season. They are marching towards the Eastern Conference home-court advantage and the Atlantic Division title with a 17-4 record after the opening 21 games.

To make things even worse for Miami, the Celtics have been almost impeccable in front of the home fans so far in the season, dropping just one of the inaugural eleven outings at TD Garden.

Joe Mazzulla’s men are scoring 120.9 points per match this season which keeps them firmly at the top of the nation’s offensive ratings.

Boston bagged 140 points past Charlotte Hornets on Monday evening. If we count the win over the Wizards as well, the Celtics notched 270 points in the last two games (before the match against Miami on Wednesday).

Miami Heat have been in good shape of late but they do not have much to hope for on the road against the best team in the league.

The Celtics rarely drop games at TD Garden (they have done so just once so far in the season before the Wednesday’s clash between these two sides) and we expect them to record another easy victory on Friday.