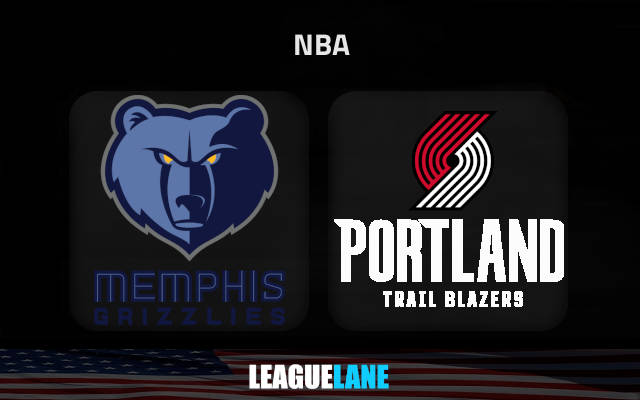 Memphis Grizzlies are hoping to terminate the two-game slide on Wednesday evening when they take on Portland Trail Blazers.

The Grizzlies have the worst defensive rating in the league

Memphis Grizzlies will be looking to bounce back from a two-loss skid on Wednesday night when they take on the Western Conference counterparts Portland Trail Blazers away at Moda Center.

This is a good time to be facing the Blazers because they are still without Damian Lillard. It is something Taylor Jenkins’ men desperately needed, especially knowing how poor they have been defensively in the recent outings.

Memphis have the weakest defensive numbers in the whole country after the opening two weeks of the season.

They are allowing 119.5 points per match this term. The situation did not look great in the recent game on Monday night when the Grizzlies shipped 121 points in the second consecutive defeat to Utah Jazz.

The Blazers are still without Damian Lillard

Portland Trail Blazers got off to a shockingly good start to the season with a 5-1 record after the opening six games.

However, their early ambitions did suffer a big blow in the home match against Miami Heat as the team’s main star Damian Lillard had to leave the floor through calf injury.

Dame is still out for at least a week and he will not be able to help the team in an important clash against Western Conference rivals Memphis Grizzlies on Wednesday.

In his absence, we expect Anfernee Simons to take control of the Blazers’ offense. Simons has been fantastic so far in the season and he should find joy past the league’s worst defense on Wednesday.

We also have to mention Jusuf Nurkic who stepped up and led the Blazers with 27 points and 15 rebounds in the 125-111 win over the Rockets in their latest game.

The Blazers will struggle without their main star

Portland Trail Blazers will face hard times without Lillard, especially against an explosive team such as the one of the Grizzlies’.

Although the visitors have been struggling defensively in the opening couple of weeks of the season, we do fancy them to get the win at the -110 odds.