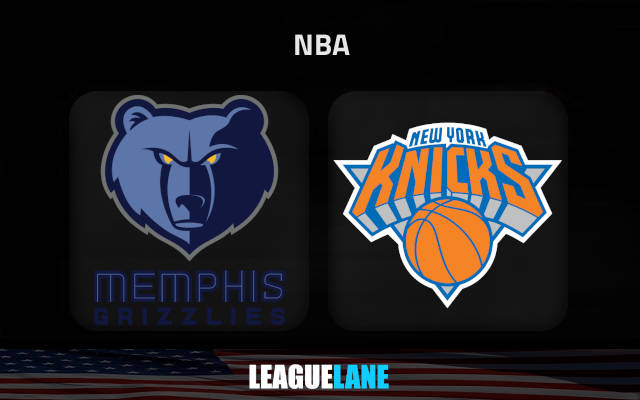 Memphis Grizzlies will be hoping to arrest the current slump in form on Sunday evening when they take on New York Knicks at MSG.

The Grizzlies lost four of the last five games

Memphis Grizzlies suffered another setback on Tuesday evening when they fell 109-113 at home to Sacramento Kings.

It was the fourth loss in the last five outings for the team led by Taylor Jenkins. Memphis are obviously struggling to find offensive solutions in the absence of Desmond Bane.

Bane missed most of his team’s recent games with toe injury. The good news is the return of Ja Morant who was also absent through injury problems of his own recently.

Morant notched 34 points on Tuesday but it was not enough against the Kings. We also have to say that Memphis do not have the best defensive numbers these days.

New York Knicks will go into this match in much higher spirits. They ended their losing run (two games only) with an impressive offensive showing in the 119-129 victory away at Oklahoma City Thunder on Wednesday evening.

Jalen Brunson was especially inspired with 34 points on a 14-for-20 shooting. New York generally had amazing percentages on the occasion.

The Knicks will now have a nice opportunity to shine offensively once again past the leaky defense of Memphis’.

The Knicks will exploit Memphis’ defense

Memphis Grizzlies are not enjoying their best form these days. They miss Desmond Bane very much as Ja Morant (who is not 100% fit himself) can’t carry the team on his own at the moment. The trip to Madison Square Garden comes at a tough moment for the Grizzlies.