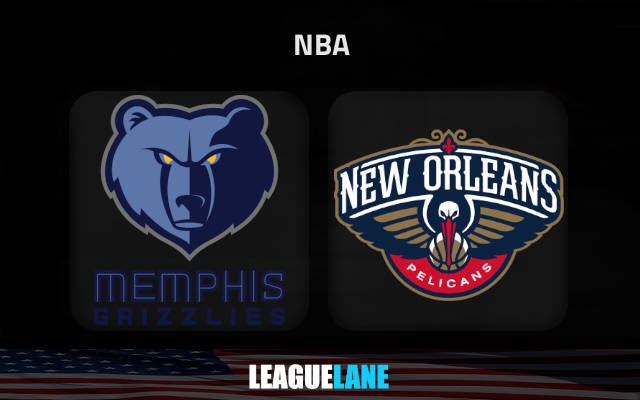 Bane & Morant are questionable for the Grizzlies

Memphis Grizzlies dropped to a 9-5 record after a 102-92 defeat away at Washington Wizards on Sunday evening.

Looking at the NBA table, it was an unexpected slip-up for the Grizzlies. However, knowing they played without two of their best players, Ja Morant and Desmond Bane, it came as no surprise whatsoever.

Memphis were limited in the offense without their top two point scorers on the occasion. They bagged no more than 92 points in the 48 minutes of play as a consequence.

With the injury status questionable for both Bane and Morant ahead of the trip to New Orleans, we can’t quite be optimistic regarding the Grizzlies’ chances of success against Southwest Division rivals on Tuesday.

The Pelicans won three of the last four games at home

New Orleans Pelicans will come into this in higher spirits following the 119-106 victory over Houston Rockets.

They also had an extra day of rest having faced Houston on Saturday evening. It was an easy game for the Pelicans who had three men with 20 or more points scored on the occasion.

Zion Williamson led the scorers with 26 points. He also had 6 assists. Larry Nance Jr. contributed to the win with 22 points and 9 boards, while Brandon Ingram added 20 points, 5 rebounds, and 5 assists on the occasion.

The Pelicans have three wins in the last four games on the home floor and they are also inside the top 10 in the NBA in both offensive and defensive rankings at the moment.

The Grizzlies have problems with injured players

Everything points towards the home win in this important Southwest Division derby. The Pelicans had an additional day of rest, while the Grizzlies do have issues with sidelined players. We will take the Pelicans’ moneyline as the main betting option at the odds of -115, while you can also back in-form Zion Williamson to score more than 24.5 points at the -110 odds.