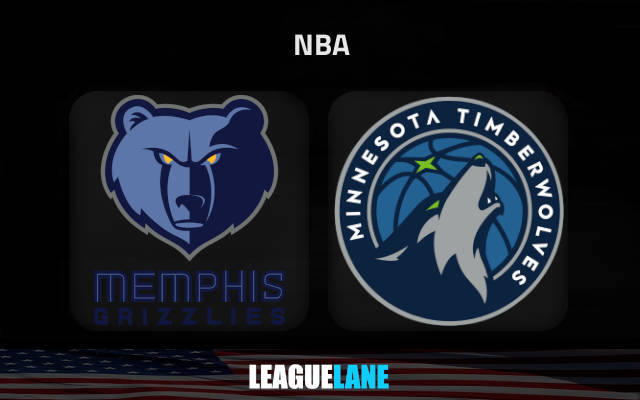 Minnesota Timberwolves will be looking to arrest the current slump in form on Wednesday evening when they host Memphis Grizzlies.

Memphis Grizzlies climbed to the fourth place in the Western Conference standings with back-to-back victories over New Orleans Pelicans and New York Knicks.

They are now 12-8 for the season and they will be hoping to take advantage of Minnesota’s poor momentum to continue the climb with another win on Wednesday.

Taylor Jenkins’ men provided two phenomenal offensive displays in the previous two matches. It is quite impressive if we know they are still without the second-best scorer Desmond Bane (injury).

Ja Morant completed a triple-double on Sunday to take the Grizzlies to a big win at Madison Square Garden. He posted 27 points, 10 rebounds, and 14 assist on the occasion.

Dillon Brooks was also great with 23 points, while center Steve Adams contributed with 16 points and 10 rebounds.

Minnesota Timberwolves have been playing in streaks since the beginning of the season. They are currently on a negative one, having lost three matches on the spin.

The latest of the failures came on Monday night when the Wolves allowed 142 points away at Washington Wizards.

Chris Finch has reasons to be worried about his team’s recent defensive displays because the Timberwolves allowed 137 and 142 points respectively in the previous two defeats.

This is certainly not promising ahead of the clash with the in-form Memphis Grizzlies’ offense.

The momentum is on the Grizzlies’ side

Minnesota are on a poor run of form with three successive defeats. Finch’s troops did not play defense at all in the last two games.

On the other side, we have in-form Memphis Grizzlies who have been scoring for fun even without Bane on the floor. We can see the value in backing the visitors to win in moneyline at the +110 odds, while you can alternatively take Ja Morant Over 29.5 points at the odds of -110.