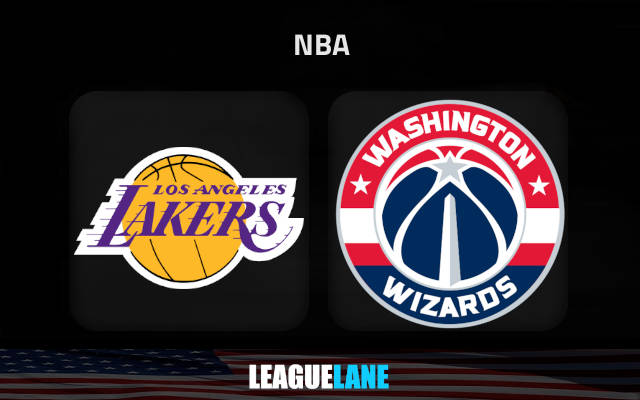 Washington Wizards will be looking for a way out of the crisis on Sunday night when they host Los Angeles Lakers at Capital One Arena.

Can the Lakers get back in the playoffs contention?

Los Angeles Lakers finally have a pretty much healthy lineup. They do still miss Dennis Schroeder but the good news is that both Anthony Davis and LeBron James seem fit at the moment.

This duo has just led the LA outfit to a comprehensive 129-109 victory over Portland Trail Blazers on Wednesday evening.

James had 31 points, 7 rebounds, and 8 assists, while Anthony Davis finished the match with 27 points and 12 rebounds.

We also have to mention the like of Austin Reaves who contributed to the win with 22 points and 5 boards, while Russell Westbrook offered another modest display with a 4-for-14 shooting night.

The Lakers now have three wins in the last five games but we must say they had a tough match against the likes of Milwaukee Bucks on the road on Friday evening.

The Wizards lost four of the last five games

Washington have just dropped out of the top-8 in the Eastern Conference table after losing four of the previous five outings.

The Wizards are still second in a weak Southeast Division, being on a .500 record with 11 wins and losses apiece after 22 matches.

One of their most recent losses came on Wednesday night when the Wizards fell 113-107 away at Brooklyn Nets.

It is hard to explain the fact that Washington bagged 142 points past Minnesota Timberwolves just two days before notching only 107 in the loss to Brooklyn Nets.

Nevertheless, the Wizards still have a decent home record (8-4) and they will come into this as slight favorites for a reason.

The Lakers are dreadful travelers

Washington did not four of the previous five affaires but we must address some portion of the drop in form to a tough schedule. After all, they will now play host to one of the weakest teams on the West. As much as we respect James and Davis, we have to take the Wizards to win in -2.5 points at the -110 odds knowing they are 8-4 at home this term. The second bet is Under 222.5 points at the same -110 odds.