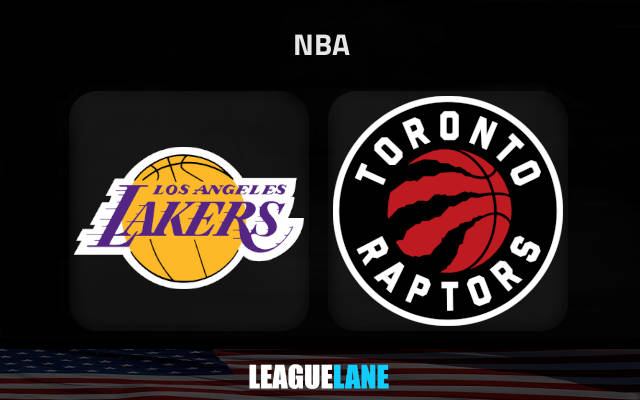 Los Angeles Lakers will be looking to prolong their pleasant Eastern Conference trip on Wednesday when they take on Toronto Raptors.

Can the Lakers’ aging stars resist such a daunting schedule?

Los Angeles Lakers will continue their difficult East trip on Wednesday evening when they take on Toronto Raptors at Scotiabank Arena.

Darvin Ham’s men have already managed to pick up huge wins over the likes of Milwaukee Bucks and Washington Wizards at the beginning of this Eastern coast adventure.

They, however, had a tough clash against in-form Cleveland Cavaliers last night and we have to question the physical abilities of their aging main stars ahead of this back-to-back game, namely LeBron James.

All eyes will also be on Anthony Davis who pulled off a monstrous performance in the victory over Washington Wizards with 55 points and 17 boards on Sunday night at Capital One Arena.

The Raptors lost three of the last four games

Toronto Raptors continued their dismal spell of form on Monday night as they started the week with the home loss to conference leaders Boston Celtics.

It was the third defeat in the previous four games for the Raptors who are now at a .500 record overall and 1-5 against the division rivals.

Nick Nurse’s squad will try and exploit the Lakers’ players’ fatigue here. They will also rely on a strong home form with a 9-3 record at Scotiabank Arena this term, despite the mentioned 110-116 loss to the Celtics two days ago.

Toronto are the seventh-best defense in the league this season and it will be very interesting to see how they will handle the red-hot Lakers’ offense on Wednesday.

Los Angeles Lakers will certainly head into this game in higher spirits but will it be enough for them to claim the spoils against a strong Toronto Raptors side here? We doubt so, especially knowing this is a back-to-back game for them. We will thus back the Raptors to win in -4.5 points as the main pick at the -110 odds, while the second pick would be Under 219.5 points at the same -110 odds.