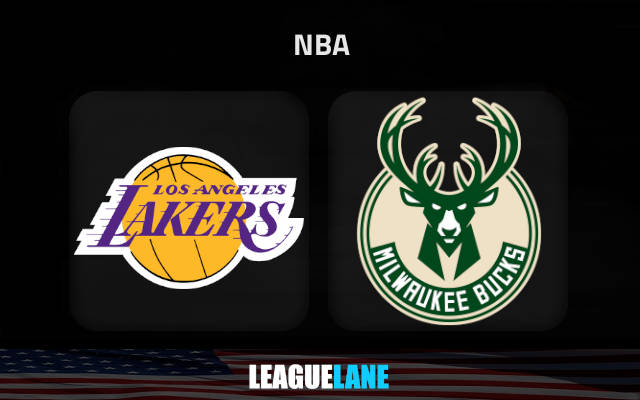 Milwaukee Bucks will have a nice chance to prolong the fine home form on Friday night when they host Los Angeles Lakers.

Los Angeles Lakers snapped a two-win streak with an unfortunate home defeat at the hands of Indiana Pacers on Monday evening.

Darvin Ham’s men were on the way to record the third victory on the spin by winning each of the opening three quarters of the clash against Indiana.

Nevertheless, they dropped a double-digit lead to lose the match by a single-point margin at the end.

The Lakers are still in a very tough position, holding the rock-bottom of the Pacific Division standings with a 7-12 overall record.

They had an easier home game against Lillard-less Blazers on Wednesday but there is just nothing to suggest a positive outcome for Ham and his troops here against Milwaukee Bucks.

Giannis is back and fully fit at the moment and the results are instantly coming for the Bucks. Mike Budenholzer’s squad are at the top of the Central Division table with a 14-5 record at the moment.

Milwaukee are a force at Fiserv Forum where they own an 11-2 record this term. The Bucks looked very impressive in the previous two home victories over Cleveland Cavaliers and Dallas Mavericks.

The fact that Milwaukee limited two such strong offensive units to 102 and 115 points respectively only confirms their status in terms of defensive ratings.

This is a proper mismatch on so many levels

We have a proper mismatch here. Milwaukee Bucks are the best defensive team in the NBA, while Los Angeles Lakers are in the bottom-three in the country in offensive ratings.

Also, the Lakers are struggling badly on travels, while Milwaukee are almost impeccable at Fiserv Forum.