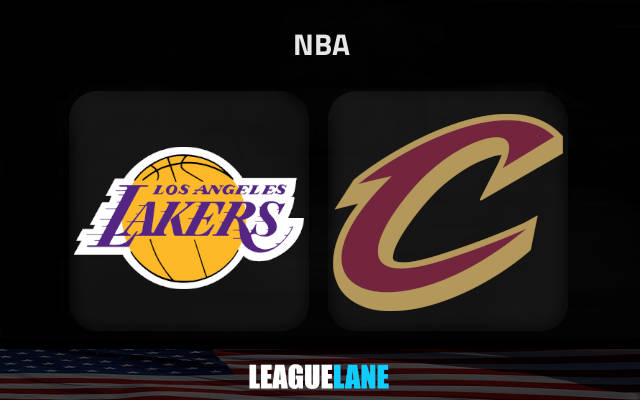 Los Angeles Lakers will be looking to prolong their three-win streak on Tuesday evening when they take on Cleveland Cavaliers.

Rejuvenated Los Angeles Lakers are on the best way to save the season following a winning thread in the last couple of weeks.

Darvin Ham’s men woke up after a sluggish start to the season and won three games on the spin to improve the overall record to 10-12.

The latest success came on Sunday evening when the Lakers cruised past Washington Wizards by bagging 130 points at Capital One Arena.

Anthony Davis pulled off a magical performance with 55 points and 17 rebounds on the occasion. When the former New Orleans Pelicans star is at his very best and when LeBron James is also around, it is very hard to beat the Lakers.

It will be very interesting to see whether Ham’s squad will be able to maintain their splendid spell of form on Tuesday when they take on Cleveland Cavaliers.

Cleveland Cavaliers have been among the most improved teams so far in the 2022/23 NBA season (compared to the previous campaigns).

The lone problem for head coach J.B. Bickerstaff is the fact his men tend to show completely different displays at home and on the road.

The Cavs are third on the East, currently sitting just below Milwaukee Bucks in the Central Division standings despite losing 8 of 13 road games so far in the campaign.

This is thanks to the team’s stellar form at Rocket Mortgage FieldHouse where Cleveland have won as many as 10 of 11 matches this term.

Nevertheless, we must say the team did not shine in the recent defeat at New York Knicks on Tuesday evening.

The Lakers are red-hot these days

Los Angeles Lakers are on fire these days but Cleveland are 10-1 on the home floor this term. Nevertheless, we trust the visitors more here, especially after Anthony Davis’ magnificent showing on Sunday night. The value is great with the red-hot Lakers to win moneyline at the +115 odds. We will also take Anthony Davis Over 27.5 points at the -110 odds.