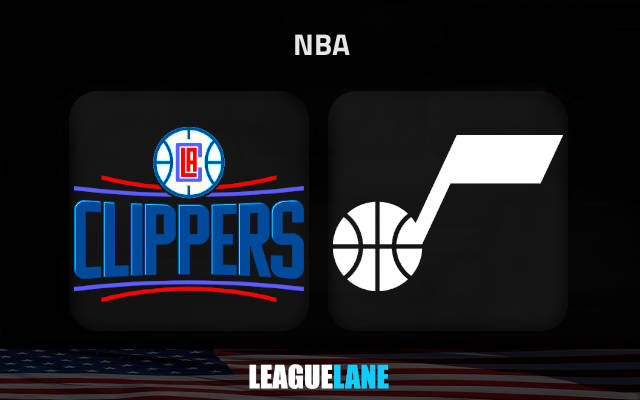 Utah Jazz will be hoping to avoid the sixth defeat on the trot on Wednesday evening when they play host to Los Angeles Clippers.

The Clippers had a tough game against the Blazers last night

Los Angeles Clippers will continue the Western Conference road trip on Wednesday evening when they visit Salt Lake City for the clash against Utah Jazz.

The match comes just 24 hours after the tie against Portland Trail Blazers at Moda Center and Tyronn Lue will most likely make some changes in his roster (as he usually does).

The Clippers have been playing hit and cold since the beginning of the season. They managed to snap a two-game losing run by beating Indiana Pacers 114-110 on the home floor on Saturday afternoon.

It was a game Croatian center Ivica Zubac will never forget as he had 31 points and 29 rebounds before being fouled out.

It was an important win for the Clippers who played without Paul George and Kawhi Leonard. We have to mention John Wall who featured with 10 points and 8 assists for 22 minutes on the floor.

Utah Jazz are on a five-loss thread

Utah Jazz were by far the most positive surprise in the Western Conference at the beginning of the season.

However, they have experienced a slide in form in the recent outings, losing eight of the previous ten, including five in a row going into this tie against the Clippers.

To make things worse for head coach Will Hardy, his best player Lauri Markkanen had issues with a knee injury of late but he still featured Monday’s tie against the Bulls.

Utah do have defensive problems having allowed at least 113 points in each of the last eight matches.

The Clippers are by no means elite offense but we fear the Jazz will not be able to score enough offensively past them to make amends for another inevitably poor defensive showing.

Utah Jazz are not pulling up any trees these days

This is a back-to-back game for the Clippers but we still believe they have enough to dispatch this out-of-form Utah Jazz side. The Jazz are among the weakest defensive teams in the league these days.

We like the -110 odds offered for Ivica Zubac Over 11.5 points here after his phenomenal 31-point display against the Pacers at the weekend. We will also back the Clippers’ moneyline at the same -110 odds.