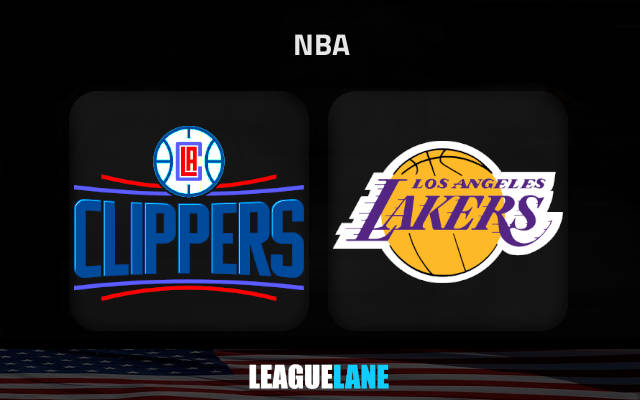 It will be very hard to stop the healthy Clippers

Los Angeles Clippers are among the main contenders to go all the way this time around following Kawhi Leonard’s return. Leonard sat out the whole last season through injury but he seems ready to shine and take his Clippers to the throne ahead of the 2022/23 campaign.

This Clippers team will be dangerous on so many levels and at both ends of the floor. They did lose two of three preseason outings against NBA teams (because of poor defensive showings) but their players went 39.9% from beyond arc in the preseason (second-best in the league) despite the likes of Leonard and Paul George going 5-for-20 in the process.

This is a very tough matchup for the Lakers

Los Angeles Lakers have had a dismal preseason campaign once again, although they did improve the last year’s 0-6 record. However, the Lakers did not look good at all offensively, raking 30th in the NBA with just 93.9 points per 100 possessions in the offseason.

Anthony Davis missed three of the team’s preseason tests with back tightness, while LeBron James did not play much either. The good news for the Lakers was Kendrick Nunn’s form as he played all five games with an impressive 59% shooting.

This is a very tough matchup for the hosts, though, especially since the starting lineup with James and Davis would leave the team pretty small if we know the likes of Austin Reaves or Lonnie Walker IV would start at the three. They may have huge problems with Leonard here.

The Clippers should have too much for their local rivals

The Clippers are a genuine contender in our eyes, regardless of how they do in the regular season. They won’t be atop the Western Conference because of the rest required for their main stars with a big number of back-to-back games upcoming.

However, the Clippers are healthy for the opener against the local rivals and we’ll back them to win in -4 points spread at the -110 odds.

With so many stars on the floor and with both teams struggling defensively in the preseason, we will also take the Over 220.5 points pick at the same -110 odds.