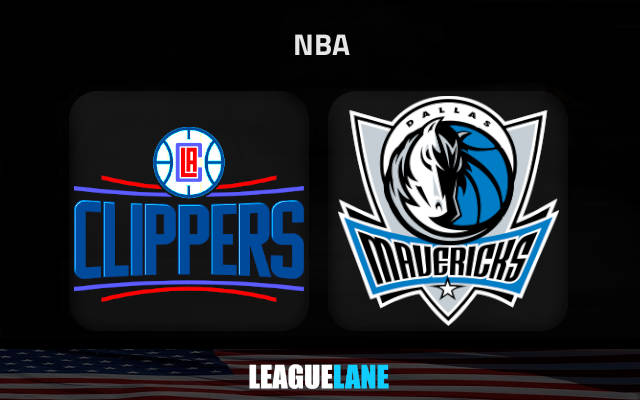 Los Angeles Clippers will have a very tough second part of their back-to-back schedule as they travel to American Airlines Center for the game against Western Conference counterparts Dallas Mavericks on Tuesday night.

The Clippers are most likely still be without Kawhi Leonard who has not been in action since October 23rd.

According to the latest reports, the team’s main star has been playing 5-on-5 basketball in the trainings and he is inches away from return. We don’t see him being risked as the trip top Dallas could still come too soon for him.

This is a big game for the Clippers who ended a two-win run with a disappointing showing in the home defeat to Brooklyn Nets on Friday night.

The Clippers once again offered a lethargic offensive display, netting only 95 points on the evening.

Tyronn Lue’s troops now sit at the very foot of the country’s offensive ratings with just 104.t6 points per game this season.

The Mavericks are a different beast on the home floor

Luka Doncic provided another stellar display, scoring 42 points and registering 13 rebounds and 10 assists for another triple-double.

Spencer Dinwiddie continued his fine spell of form with 20 points, 7 boards, and 6 assists at the weekend as well.

Dallas are now 7-5 this season. They are a different beast at American Airlines Center where they are currently on a thread of five successive victories.

Doncic is always especially inspired against the Clippers

Dallas Mavericks will have a nice chance to prolong their five-win thread on the home court on Tuesday against the Clippers. This is a back-to-back game for the Clippers who already have a lot of problems with injuries. We’ll back the Mavs to win in moneyline at the -120 odds, while you can also go with Luka Doncic Over 32.5 points at the -110 odds.