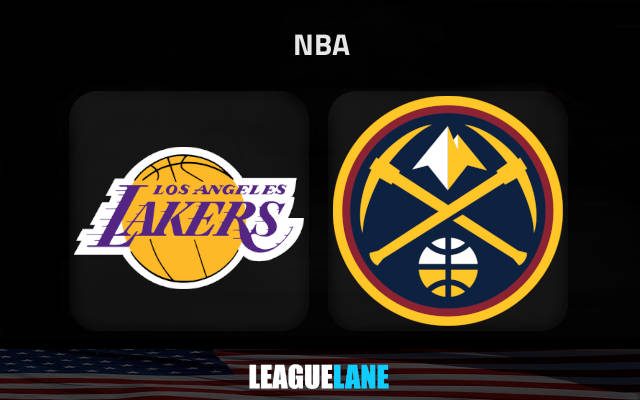 Los Angeles Lakers will be searching for their first win of the season on Wednesday evening when they take on Denver Nuggets.

The tough schedule caused a 0-3 start for the Lakers

Los Angeles Lakers will continue their tough schedule on Wednesday night when they travel to Colorado to take on Denver Nuggets in an attempt to pick up the first win of the season.

The Lakers got very close to snatching the inaugural win of the new campaign on Sunday afternoon when they blew an eight-point lead with four minutes to go at home against Portland Trail Blazers.

Russell Westbrook shockingly decided to take a shot just six seconds into the decisive attack (and missed), while LeBron James missed the late buzzer-beater in an attempt to force the overtime on the occasion.

The Lakers now have three defeats in three matches but nobody can say much to them given they have faced the likes of the Warriors and the Clippers earlier on in the opening two matches.

Denver Nuggets are a force themselves obviously but we do not see this Lakers’ team as a big underdog against Mile High Basketball.

Denver Nuggets played against Portland just a day after the Blazers’ win at LA Lakers. The outcome was highly surprising as the Nuggets lost by 25 points at Moda Center on Monday night.

Nikola Jokic had a shockingly quiet night with just 9 points. He did not have a single double-digit number in any category on the occasion.

It will be interesting to see whether the Serbian superstar will immediately bounce back with a strong display in front of the home crowd on Wednesday evening against James, Davis, and company.

Denver are 2-2 this season but their two losses have come against unlikely opponents, Utah Jazz and Portland Trail Blazers. The hosts are the favorites here on Wednesday again but will they drop the ball like they as the favs twice this season?

The Lakers worth backing at plus odds

The Lakers did lose three on the trot at the start of the season but their latest performance against the Blazers was certainly a much better than Denver’s against the same rival. This is why we like the Lakers at the plus odds and we will back them to get the win here at the +140 odds.

Also, LeBron James offered a strong performance on Sunday with 31 points, 8 boards, and 8 assists. We will back him to score more than 28.5 points here at the -110 odds.