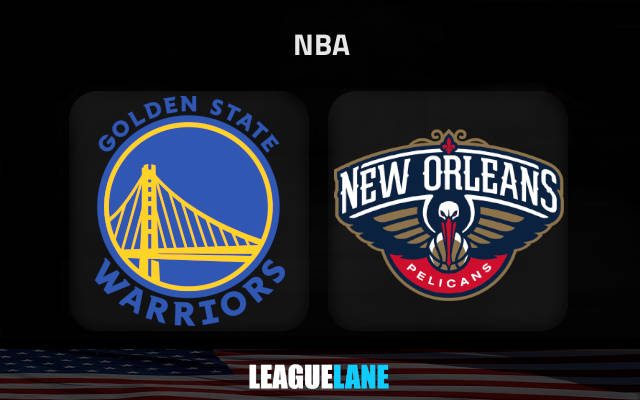 Golden State Warriors will complete their five-game road trip with the clash against New Orleans Pelicans on Friday evening.

Golden State Warriors will complete their five-game road trip on Friday evening when they take on New Orleans Pelicans.

This is a back-to-back outing for the Warriors who faced Orlando Magic last night. The champions are struggling badly to find the anted form at the start of the season, especially after three successive defeats at the beginning of the mentioned road trip.

Outside of Steph Curry, there is nobody else worth mentioning in this team right now. Steve Kerr’s troops are in the bottom half of the standings in both offensive and defensive ratings and they will face a very tough challenge to cope with such a serious rival as New Orleans Pelicans here.

Zion Williamson is constantly growing as a player

New Orleans Pelicans won’t enter this game on a high after a disappointing overtime loss to the Los Angeles Lakers at Cryptpo.com Arena.

The Pels did offer a strong overall display at both ends of the floor, but the Lakers took advantage of the momentum on the occasion, following their inaugural win of the season beforehand.

The Pelicans now have two wins and losses apiece in the last four outings. It is hard not to see them as the favorites against the out-of-form Golden State Warriors here.

We have to praise Zion Williamson’s passing in particular when talking about New Orleans. The team’s main star is now regularly scoring and assisting.

He had 27 points and 7 assists in the mentioned loss to the Lakers on Wednesday. He now has phenomenal shooters around him, namely C.J. McCollum and Jose Alvarado.

This is a back-to-back outing for the Warriors

The Pelicans are the sixth-best offensive team in the league according to the numbers. Golden State are in the bottom half of the standings both offensively and defensively and we just can’t see the champions getting the job done in such a tough road affair that is at the same time a back-to-back game for them.

We’ll take the Pelicans to win in moneyline at the -110 odds, while you can also go with Zion Williamson Over 24.5 points at the same -110 odds.