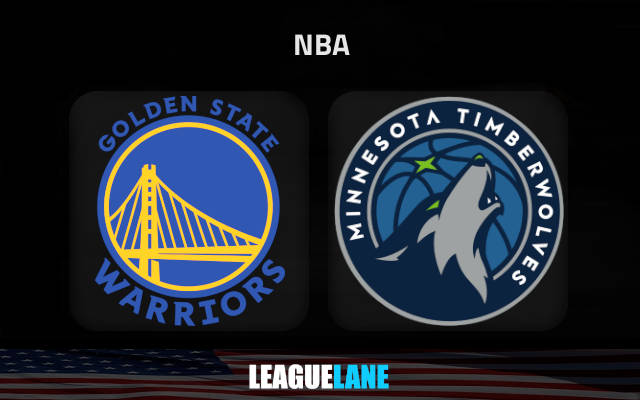 Minnesota Timberwolves will be searching for their sixth successive win on Sunday afternoon when Golden State Warriors visit Minneapolis.

The Warriors are 1-9 on the road

Golden State Warriors continue their daunting schedule on Sunday afternoon when they travel to Minneapolis to take on Minnesota Timberwolves.

The Warriors have shown two completely opposite faces at home and on the road so far in the season and we see them as the underdogs for a reason in this matchup.

Steve Kerr’s men are 1-9 on the road this season. They are inside the bottom-six in the defensive ratings and they will run into the red-hot Minnesota side here.

To make matters worse, Golden State had a tough home match against Western Conference leaders Phoenix Suns on Friday evening while the Wolves had a rest.

Minnesota Timberwolves look to have finally found the wanted rhythm. They managed their fifth successive win on Wednesday evening, easing past Indiana Pacers 101-115 on the road.

The Timberwolves thus improved to a 10-8 overall record after a sloppy start to the season. Head coach Chris Finch obviously needed some time to find the right role for newcomer Rudy Gobert in his system.

Karl-Anthony Towns, Rudy Gobert, and Anthony Edwards led Minnesota on Wednesday evening. Towns and Gobert completed a double-double each on the occasion.

Minnesota are also great defensively these days. They limited both Miami Heat and Indiana Pacers to 101 points in the previous two victories.

The Timberwolves to continue their winning thread

We have Minnesota Timberwolves who will come into this match encouraged with a five-win thread and Golden State Warriors who lost nine of ten games on the road this season. We have no other option but to back the hosts to win in -1.5 points at the -110 odds. You can alternatively back the Under 220.5 points pick at the -110 odds since Minnesota have improved their defensive showings drastically of late.