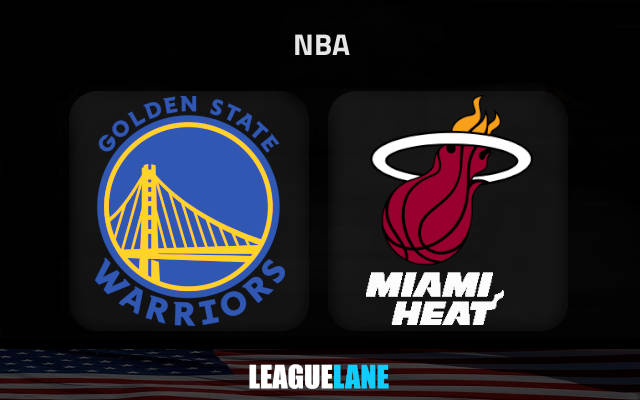 Fellow strugglers Golden State Warriors and Miami Heat will take on each other on Tuesday night at FTX Arena.

The Warriors are in crisis

We can already discuss about the crisis for Golden State Warriors. The champions are not pulling up many trees at the beginning of the season.

The Warriors suffered their third loss in the last four games on Sunday night when they fell 128-114 away at Detroit Pistons.

Steve Kerr’s men are now at below .500 for the season (3-4) and they will be desperate to bounce back on Tuesday night in the road tie against Miami Heat.

Kerr gave Klay Thompson a rest on Sunday leaving his team without a proper backup for Steph Curry and Jordan Poole.

This duo combined for 62 of the team’s 114 points on the evening. The third-top scorer was Andrew Wiggins who had a horrendous night with just 10 points, 3 rebounds, and 1 assist.

Wiggins shot 4-for-15 from the field. Curry was miles away from his best performance shooting 4-for-14 from beyond the arc on Sunday at Little Caesars Arena.

The Heat will also come into this on a losing thread

Miami Heat have not done much better at the beginning of the season either. They are 2-5 this season and they will also come into this match off the back of successive losses.

The Heat fell 123-110 in the reverse outing against Golden State Warriors on Thursday night. They then went on to lose 119-113 away at Sacramento Kings two days after.

Jimmy Butler was surprisingly quiet against Sacramento, scoring only 13 points. Max Strus went 3-for-11 from the three-point line, while Kyle Lowry was 3-for-8 from the field on the occasion.

Tyler Herro was the only player worth mentioning with 34 points and a phenomenal 3-point percentage (5-for-8).

Both teams are struggling offensively

Golden State Warriors are in crisis but Miami Heat have not been any more consistent of late either. This match should provide a great chance for the visitors to rebound and we will back them to get the win at the -110 odds. Since both teams have been struggling offensively of late, we will also take the Under 213.5 points pick at the -110 odds.