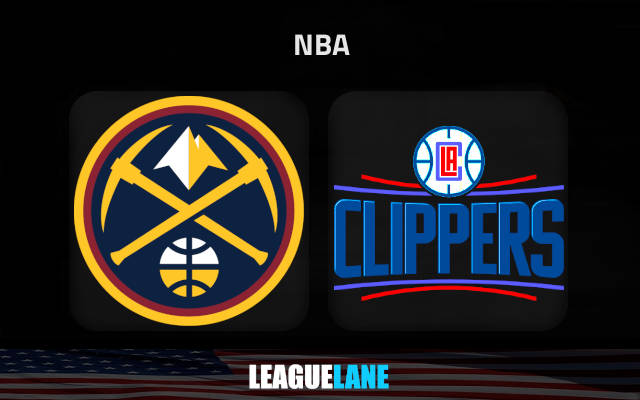 Los Angeles Clippers are hoping to recover from the loss to the Warriors as they play host to Denver Nuggets on Friday evening.

Nikola Jokic fired 39 points past the Thunder two days ago

The momentum has constantly swung back and forth between the two teams. The Nuggets won the first quarter by 17 points but trailed by 13 before the start of the fourth.

Expectedly, Nikola Jokic starred with 39 points, 10 rebounds, and 9 assists, Anthony Gordon was also brilliant with 30 points, while Bruce Brown Jr completed a triple-double out of nowhere with 17 points, 13 rebounds, and 10 assists.

Nonetheless, the main problems for head coach Mike Malone occur in his team’s defensive displays because Denver Nuggets are fourth from bottom in the league’s defensive ratings.

We have best seen the lack of meticulousness in Denver’s defense on Wednesday night when they allowed 126 points in the road win over the Thunder.

The Clippers are without George and most likely without Leonard

Los Angeles Clippers had a chance to take the lead in the Western Conference standings with a potential fourth win of the bounce on Wednesday evening.

Instead, they suffered a tough loss away at Golden State Warriors to drop to third in Pacific Division and sixth on the West.

It was a proper mismatch two days ago against the Warriors since the Clippers were without their main two stars Kawhi Leonard and Paul George on the occasion.

George will not feature here against the Nuggets, while the game could also come soon for Leonard, meaning there is really not much to like about LA’s chances here.

The Nuggets to take advantage of the circumstances

As bad as they are defensively, we like Denver’s chances of a road win here. The Clippers could easily be without their biggest two stars in the second game running.

On the other side, Jokic and Gordon bagged at least 30 points each past the Thunder on Wednesday.