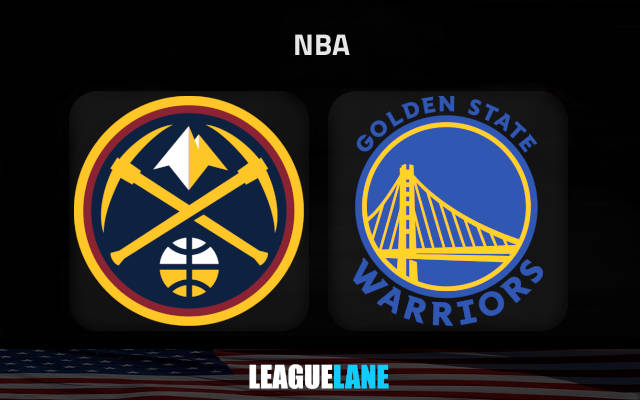 Golden State Warriors have a nice chance to keep the perfect record at the start of the season as they host Denver Nuggets on Friday night.

The Nuggets struggled badly away at Utah Jazz on Wednesday

Denver Nuggets entered the new season with the highest ambitions being encouraged by the return of Jamaal Murray and Michael Porter Jr.

This duo skipped the whole last season through injuries, leaving Nikola Jokic all alone in the battle for the playoffs.

The Joker did manage to carry Denver into the postseason almost single-handedly and we expected a boom from the Nuggets at the beginning of the 2022/23 campaign.

Denver were enormous favorites by the sportsbooks on Wednesday evening against Utah Jazz who lost all of their main stars in the offseason.

However, the Nuggets shot 5-for-22 from the three-point line and lost by 21 points two nights ago.

Jamaal Murray was 5-for-13 from the floor. He and Porter Jr combined for 27 points, the same amount Jokic had alone.

The Nuggets had a lot of turnovers on the occasion as well and it was overall not the performance they want to start the season with.

The Warriors are the main contenders again

Golden State Warriors did not have any problems storming past the Los Angeles Lakers on the opening day of the new NBA season.

The Warriors won all of the opening three quarters, breaking completely the rivals’ resistance in the third period.

Steph Curry was unstoppable, going for 33 points on the occasion despite shooting a modest 4-for-13 from downtown.

Interestingly, none of the Warriors’ stars enjoyed a strong shooting display and yet the reigning champions demolished the Lakers with James and Davis in the roster.

We should certainly see Golden State as pretty big favorites at home against Denver Nuggets who offered the most disappointing performance out of all NBA teams on the opening night.

The likes of Utah Jazz shot 42.1% from downtown against the Nuggets two nights ago. We just can’t see how Denver will suddenly rise and offer an outstanding defensive display against the most talented offensive line in the league.