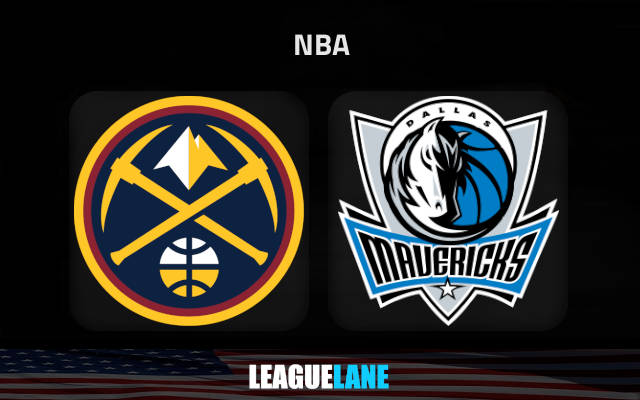 Will Nikola Jokic be ready to feature on Friday?

Denver struggled a lot without Nikola Jokic who skipped the game through illness. The Serbian center will likely not make it for this Dallas tie either which is why we can hardly see the Nuggets getting something at American Airlines Center.

Denver had a poor shooting night on Wednesday. Michael Porter Jr was 1-for-8 from the field, while Jamal Murray missed 13 of his 20 attempts on the evening.

Mike Malone’s men are still second on the west, though, with a 9-5 record. They do tend to play much better at home than on the road which is also worth mentioning.

Luka Doncic will return after getting a rest on Wednesday

Denver played without Jokic on Wednesday because of illness. Dallas decided to give rest to their European superstar Luka Doncic.

The result was the same as the Mavericks shockingly suffered the home defeat to the struggling Houston Rockets’ side two days ago.

It was only Dallas’ second home loss of the season. Jason Kidd’s men managed to score no more than 92 points on the occasion.

Considering the opposition came in the likes of the Rockets, it was a really poor effort from the hosts. Spencer Dinwiddie shot 3-for-18 from the field two days ago.

Dallas are obviously a completely different team with Luka Doncic on the floor. The Slovenian point guard will make the return here for this important clash against Western Conference contenders.

With Doncic set to feature and Jokic likely to skip this game, it is clear where our predictions are going to here. We will also add spice by backing Luka Doncic Over 32.5 points at the -110 odds. The main bet is Dallas Mavericks to win in -4.5 point spread at the same -110 odds.