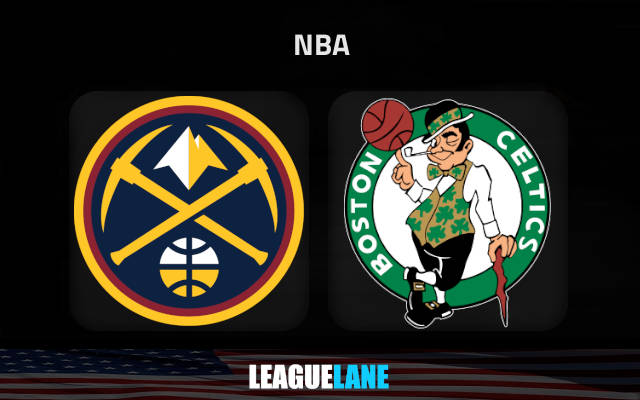 Two teams on hut four-win runs will meet each other on Friday night as Denver Nuggets travel to TD Garden to face Boston Celtics.

Denver Nuggets moved to third on the West thanks to a four-game winning thread. Their latest victims were Indiana Pacers as the Mile High basketball came up with a stunning fourth-quarter display.

The Nuggets outscored the Pacers 33-24 in the final quarter to win the match 119-122 after a big double-digit deficit at the half-time break.

Nikola Jokic led Denver once again with 24 points. He had a surprisingly low number of rebounds (4) and assists (6) but it was still enough for Michael Malone’s men to come out victorious at the end.

We have to mention a fantastic showing form Aaron Gordon who had 18 points and 16 boards on the evening.

Tatum and Brown are on fire for the Celtics

Boston Celtics are on the same winning run as their Friday counterparts. They have managed their fourth straight victory on Wednesday night, easing past Detroit Pistons 128-112 on the occasion.

The Celtics are at the top of the league’s offensive charts with 117.6 points per game so far in the season.

They have bagged at least 109 points in each of the last seven matches. You can expect nothing less with the likes of Jayson Tatum and Jaylen Brown in the roster.

This duo combined for 61 points in the drubbing of the Pistons on Wednesday. Brown added 7 rebounds, while Tatum had 5 assist to complement their impressive shooting displays.

The Pistons should be able to find easy routes to points on the home floor against the Nuggets who are down in the bottom half of the defensive ratings this season.

Both teams are flying high offensively

This match screams points. We have two outfits who sit inside the top five in the league in offensive ratings, being at the same time in the bottom half of the defensive ratings’ charts. The main betting pick will thus be Over 224.5 points at the -110 odds. We also like these same odds for Jaylen Brown Over 24.5 points on Friday.