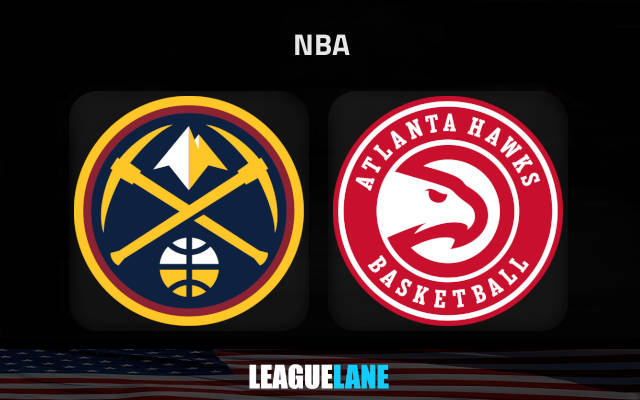 Denver Nuggets will be hoping to extend their winning streak on Friday evening when they take on Atlanta Hawks away at State Farm Arena.

Denver Nuggets travel to State Farm Arena to lock horns with Atlanta Hawks on Friday evening. The Nuggets will be hoping to prolong their fine spell of form after winning five of the last six matches.

The team led by Mike Malone had two easy games against Houston Rockets this week. They easily bagged 129 points in the first on Monday.

Nikola Jokic notched 32 points, 12 rebounds, and 8 assists for just 27 minutes on the floor four days ago.

Denver are now the third-best offense in the league with 115.8 points scored per game. They also have a positive 8-5 record on travels this term.

The Hawks are struggling offensively these days

Atlanta Hawks will come into this game in a different mood. They have lost three successive matches before the tie against Orlando Magic on Wednesday.

Nate McMillan’s troops are currently 8th in the Eastern Conference standings with an 11-10 record.

Atlanta are 7-4 on the home floor this season and they generally offer better defensive displays in front of the home crowd.

The problems for McMillan and his men, however, pop up at the opposite end of the floor since the Hawks are among the worst offensive teams in the competition.

They have scored 98 and 101 points in the respective defeats to Miami Heat and Philadelphia 76ers recently.

Denver Nuggets will go into this match on a high with five wins in the last six matches. Nikola Jokic is enjoying a phenomenal spell of form and we can hardly bet against Mike Malone’s men against the out-of-form Hawks here.

You can back the visitors’ moneyline at the -110 odds, while we will also take Nikola Jokic Over 25.5 points at the same -110 odds.