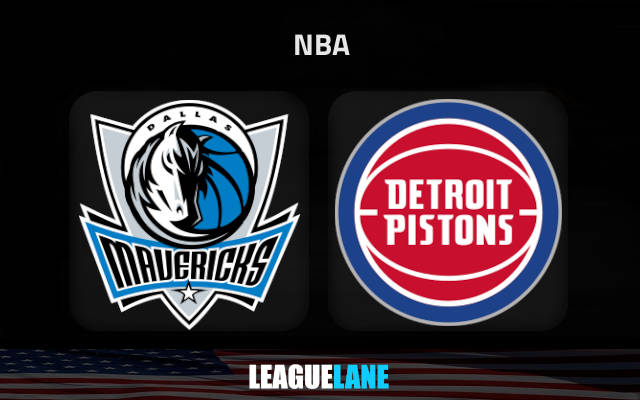 Dallas Mavericks returned to a .500 record thanks to a stunning display in the 116-113 victory over Golden State Warriors on Tuesday evening.

Jason Kidd’s men ended their four-loss streak by terminating the champions’ winning thread in what was a fabulous basketball game at American Airlines Center.

Kidd can be particularly pleased with the strong defensive showing offered by his troops on the occasion as they limited the red-hot Warriors to just 113 points two days ago.

Luka Doncic was spectacular once again, completing a marvelous triple double of 41 points, 12 rebounds, and 12 assists.

We assume Jason Kidd will give his main star a rest on Thursday night against the worst team in the league, but Dallas should still enter this game as big favorites.

Detroit Pistons continued with their horrendous performances on Tuesday when they allowed 140 points in the tough home loss to New York Knicks.

The Pistons are still the worst team in the entire league with a 5-18 record so far on the season. We do have to mention that three of their five victories have come at Little Caesars Arena.

Nevertheless, this should count for little if we know Dallas can ill afford a failure here having lost four of the previous five games.

Detroit are among the worst teams in the league in both offensive and defensive ratings. They defense was non-existent in the mentioned catastrophe against the Knicks two days ago.

The difference in quality between these two sides is enormous and we can0t see the Pistons staying competitive here.

Kidd may rest Doncic, but Dallas should still easily record the victory that would push them above .500 for the season (currently at 10-10).