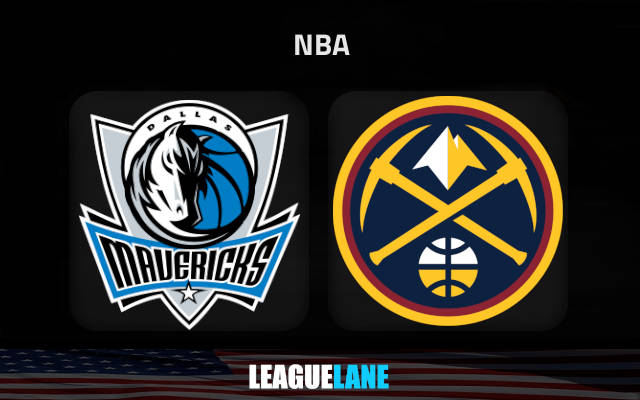 The Mavericks had a tough tie against the Suns last night

Dallas Mavericks will continue their daunting schedule on Tuesday evening when they face Denver Nuggets in a big Western Conference showdown.

They will not have the much-needed home court advantage here which may prove out to be the decisive factor to the outcome of the game.

Jason Kidd’s men have been dreadful on travels so far in the season, winning just 2 of 10 road matches this term.

It is, however, worth noting that the Mavs did manage this second road win just at the weekend when they dispatched New York Knicks with ease at Madison Square Garden.

The Nuggets are on a run of two straight losses

Denver Nuggets will look at this match as a great chance to terminate the two-loss streak.

Mike Malone’s troops fell 121-106 away at in-form New Orleans Pelicans on Sunday afternoon. The defeat came despite a great performance from Nikola Jokic who was one assist short of completing the triple-double.

The Serbian superstar finished the game with 32 points, 16 rebounds, and 9 assists but it counted for little as he did not have much help from the teammates at either end of the floor.

Denver have generally been struggling defensively since the beginning of the season. They are the sixth-worst defensive side in the competition at the moment.

Nevertheless, Malone’s squad will rely on their fine home form knowing they have managed six wins in eight matches at Ball Arena so far this term.

The Nuggets to prevail with the home court advantage

There is plenty to point towards Denver’s success. Both the Nuggets and the Mavs play much better at home than on the road this season.

If we also add the fact Dallas had to play the likes of Phoenix Suns on Monday evening, you can easily find the value in backing the hosts to win in -5.5 points at the -110 odds.

This is the clash between two teams that play fast-paced basketball and we have to take the Over 222.5 points pick at the -110 despite the low-scoring scenario in their previous meeting two weeks ago.