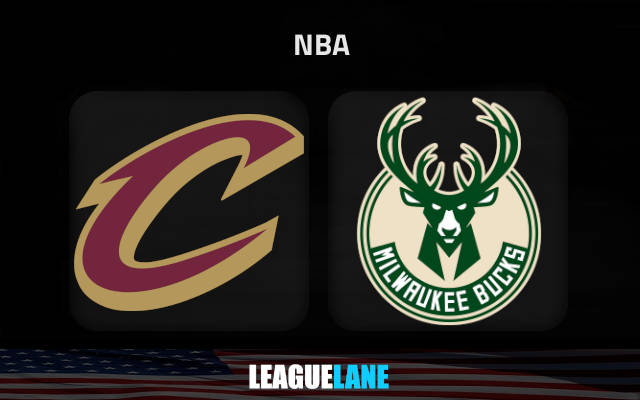 Cleveland Cavaliers are set to visit Fiserv Forum for the big Eastern Conference matchup against Milwaukee Bucks on Wednesday evening.

Garland scored 51 points against the Wolves in Mitchell’s absence

Cleveland Cavaliers will be hoping to arrest the current slump in form and terminate a four-game losing skid on Wednesday evening when they take on Milwaukee Bucks on the road.

Cleveland boasted one of the best defensive ratings in the league in the opening three weeks of the season but these numbers have dropped significantly in the recent matches.

They have allowed 119 or more points in three of the previous four losses, certainly not the kind of form you want to carry into the tie against the second-placed team on the East.

To make matters worse for the Cavaliers, they could still be without superstar Donovan Mitchell who missed the clash against Timberwolves.

In his absence, Darius Garland got big with a whopping 51-point game. Unfortunately, it was not enough for the team to avoid the fourth consecutive defeat, though.

Fiserv Forum is certainly not the place where you can expect to make amends at, but the Cavs may just have their chances if Giannis Antetekounmpo misses out here.

The Greek superstar returned to action after injury on Monday night but he potentially suffered another injury blow in the home defeat to Atlanta Hawks.

The good news for head coach Mike Budenholzer is the potential return of Khris Middleton who also might be in contention for this game.

The bad news is that his Milwaukee Bucks have lost three of the last four games after going 9-0 at the beginning of the season.

Of course, Giannis’ injury status certainly has a lot to do with such a poor run of form in the latest games but could the Bucks bounce back even if the Greek does not show up on the court on Wednesday?

Both teams have big injury woes

Both the Bucks and the Cavaliers have huge problems with the injuries to their star players going into this tie. It is very hard to call the match because neither team have impressed in the recent outings. This is why we will shoot for the value and go with Cleveland to win moneyline at the +160 odds. You can also try with the red-hot Darius Garland to score more than 21.5 points at the -110 odds.