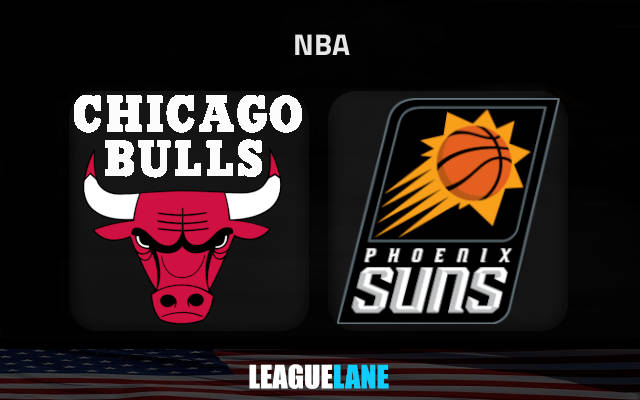 Phoenix Suns will be looking for their sixth win on the spin on Wednesday night when they host Chicago Bulls in a cross-conference matchup.

The Bulls are in top-10 defenses in the league

Chicago Bulls celebrated a big win away at Utah Jazz on Monday night thanks to a phenomenal display in the third quarter.

Billy Donovan’s men did well to limit the Jazz to only 107 points, extending their fine defensive form this season. Chicago have the 10th-best defensive ratings in the league at the moment.

Another positive thing for Donovan was the fact he had five different players with double-digits on the occasions.

The Bulls now have three wins in the last four matches and they will come into this affair with an improved confidence. Will it be enough for an upset at Footprint Center, though?

The Suns are 11-1 at home this season

Chicago’s defense will be on a massive challenge on Wednesday against Phoenix Suns who boast the second-best offensive ratings in the country.

Moving forward, the Suns are currently also one of the hottest teams in the league with five wins on the spin.

The most recent came at the beginning of the week as they dispatched Sacramento Kings 117-122 on the road.

The Suns are the Western Conference leaders with a 14-6 record and they are 11-1 in front of the home fans this term.

This is the clash between two in-form teams but it is really hard to bet against Phoenix Suns who are on a run of five straight wins. Also, they are 11-1 at home this season and Devin Booker is enjoying a brilliant spell of form these days. We will take the Suns to win in -7 points as the main pick at the -110 odds, while you can also back Devin Booker Over 28.5 points at the same -110 odds.