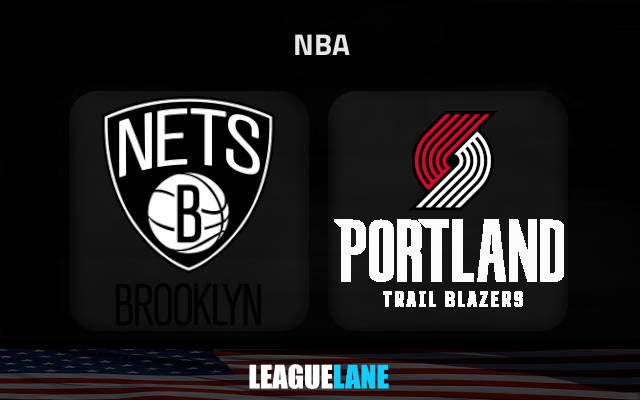 Brooklyn Nets suffered one of their toughest defeats of the season on Tuesday evening when they allowed as many as 153 points away at Sacramento Kings.

The mere fact they have conceded as many points against such an opposition best describes the current state of the team.

Head coach Jacque Vaughn will obviously need to make massive changes to fix the horrendous atmosphere in the dressing room.

Brooklyn are pretty much limited offensively as they depend exclusively on Kevin Durant. Kyrie Irving is not with the team anymore, while Ben Simmons is a huge liability on the offensive end.

The Nets will go into this off the back of two straight defeats and they are in the bottom half of both offensive and defensive ratings in the NBA at the moment.

The Blazers lead the West

Portland Trail Blazers quickly recovered from the weekend’s loss at Dallas Mavericks as they managed a 117-110 win over San Antonio Spurs on Tuesday.

It was by no means an easy game for the Blazers who eventually managed to turn it around late in the fourth quarter, namely thanks to some big plays from Damian Lillard at both ends of the floor.

Portland are at the very top of the Western Conference with 10 wins and 4 defeats so far in the season and they will go into this in much higher spirits than the counterparts.

The good news for head coach Chauncey Billups is that his main stars are now all available, including Lillard, Grant, Simons, and Nurkic who made the return in the mentioned win over the Spurs two days ago.

Portland are in a much better shape at the moment

Everything points towards the home success here and we indeed believe that the Blazers’ offense should have too much for the uninspiring Brooklyn Nets side on Thursday. The main pick is Portland to win in -5.5 points, while you can alternatively back Damian Lillard Over 25.5 points at the -110 odds.