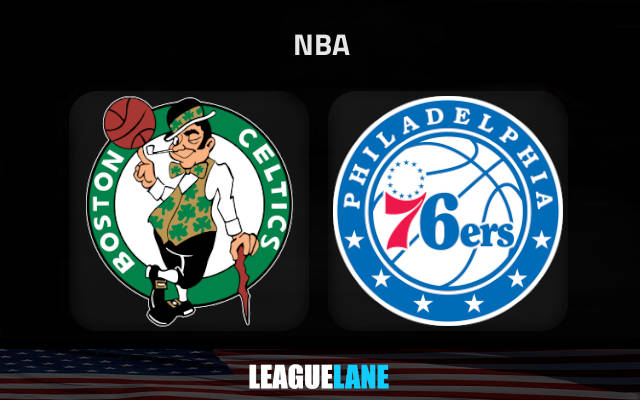 Philadelphia 76ers start the season with a tough away game against last year’s finalists Boston Celtics at TD Garden. Can Embiid & Harden lead them to an upset?

The 76ers ended preseason with four wins on the spin

Philadelphia 76ers will enter the new season with sky-high ambitions namely based around the health status of Joel Embiid and James Harden.

The two superstars are healthy and ready to shine at the beginning of the new campaign, following their team’s excellent preseason run and four wins on the spin there.

The 76ers do have a tough away outing to start the new season with but knowing about their rivals’ injury woes, we would not be shocked to see them confirming the favorites’ tag in the Eastern Conference in the very first match.

Boston Celtics did not shine in the early stages of the season last time out but they went all the way to the NBA Finals thanks to a stellar playoffs form.

The Celtics now enter the new season as the joint-biggest favorites to go all the way, alongside the reigning champions Golden State Warriors. They have lost two of the last three preseason outings, though, and face a very tough clash against a hungry 76ers side on Tuesday evening at TD Garden.

Moreover, they have been fairly poor defensively in the preseason, allowing at least 103 points in each of the last three affairs. They conceded as many as 137 in the most recent defeat to the Raptors (after overtime).

Phila worth backing at plus money

The sportsbooks obviously have a lot of respect to the Philadelphia 76ers team, pricing them at +120 odds to beat the last year’s NBA finalists on the road.

As odd as it may sound to go against the runners-up in the first game of the season on their floor at TD Garden, we do fancy the visitors to cause a slight upset here.

Obviously, the injuries to Malcolm Brogdon and Marcus Smart do impact our decision, as well as Phila’s impressive preseason form. We will go with the 76ers to win moneyline at the +120 odds.

We also like Tobias Harris to score more than 13.5 points for the hosts purely because of the low line and Boston’s poor defense in the recent outings.