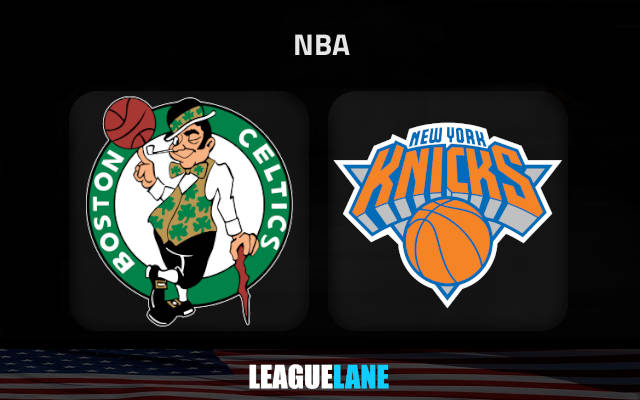 The Celtics are still in the top 8 in offensive ratings

Boston Celtics were on the wrong end of a thriller in Cleveland on Wednesday night, falling 114-113 to the Cavaliers in overtime.

Nevertheless, it was still an encouraging overall performance from the Celtics against such a strong rival on the road.

We have plenty of reasons to see Boston as pretty clear favorites here against the struggling Knicks.

The Celtics lost three of the last four affairs but they are still inside the top 8 teams in the NBA in offensive ratings.

Head coach Joe Mazzulla is well aware of all the faults present in the Knicks’ defense at the moment and there are no doubts he will know how to take advantage of these on Saturday.

The Knicks are struggling on both ends of the floor

New York Knicks will continue their daunting schedule on Saturday night when they take on Boston Celtics in one of the most exciting clashes of the evening.

Both teams are in the same boat having played tough outings against Eastern Conference hopefuls Philadelphia 76ers and Chicago Bulls respectively last night.

This will be the fifth straight tough match for the Knicks who have faced the likes of the Bucks, the Cavaliers, the Hawks, and the 76ers in the last four.

Tom Thibodeau can’t be satisfied with any segment of the game going into this tie. New York allowed 119, 121, and 112 points respectively in the previous three outings against Milwaukee, Cleveland, and Atlanta.

The home loss to the Hawks on Wednesday was particularly painful as Thibodeau’s men failed to ever cross the 100-point mark on the evening.